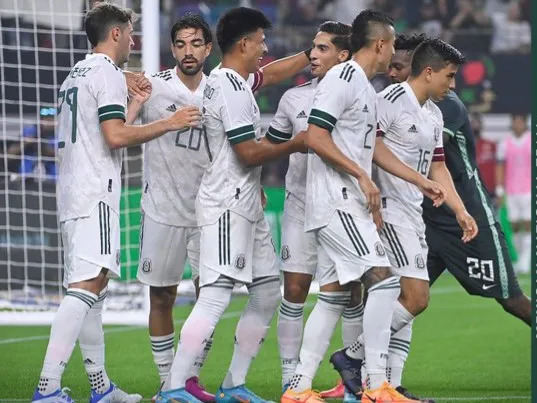 Super Eagles’ new head coach, Jose Peseiro, has had his first loss as Nigeria lost 2-1 to El Tri of Mexico in an international friendly game at the AT & T Stadium, Dallas, USA, in the early hours of Sunday.

Mexico bossed the early exchanges as the Super Eagles struggled to get a foothold in the game.

Santiago Gimenez then gave Mexico a deserved lead on 12 minutes as his initial effort from a headed pass hit Uzoho and bounced off him into the net.

Andres Guardado almost doubled Mexico’s lead as he met a long pass but saw his effort parried away by goalkeeper Francis Uzoho.

Before the start of the second half, Innocent Bonke went off injured and was replaced by Katsina United’s Faisal Sani.

The Super Eagles drew level on 54 minutes through Cyriel Dessers whose downward header off a delightful cross from Bassey was too strong for the keeper to hold.

Just two minutes later the Mexicans went 2-1 ahead after Troost-Ekong slammed a cross into his own net.

The Super Eagles are now winless against Mexico in six meetings, losing three and drawing three.

Up next for Peseiro’s side is another friendly against Ecuador on June 2.