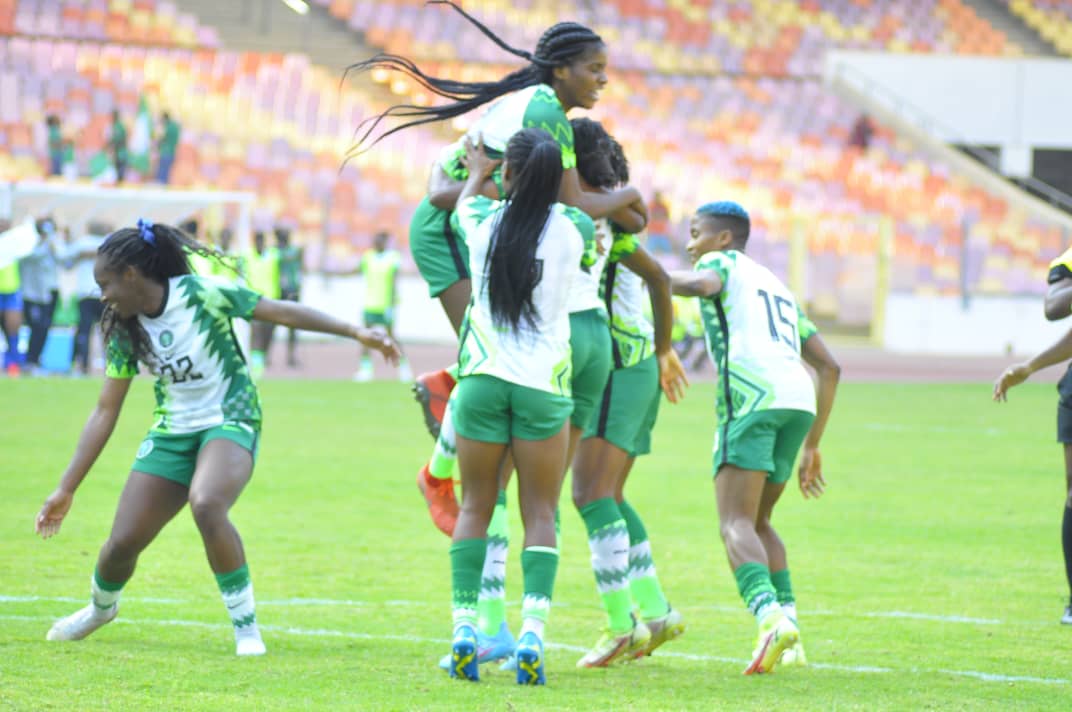 The Super Falcons team on Tuesday night left for Canada where they will play a two-legged friendly match.

And the Nigerian Football Federation (NFF) has pledged to continue its support for the Super Falcons ahead of the AWCON and 2023 FIFA Women’s World Cup.

The Executive committee of the NFF showered praise on the Super Falcons.

In a tough meeting held to decide the future of the nation’s football apparatus, the Falcons were one of the few topics discussed in a positive light.

The NFF chieftains congratulated Super Falcons coach Randy Waldrum on securing their ticket to the 12th edition of the Africa Women Cup of Nations (AWCON) in July.

With their male counterparts, the Super Eagles failing to secure a ticket to Qatar 2022, NFF President, Amaju Pinnick and other officials are aware of the importance of the AWCON, which serves as a qualifying tournament for the 2023 FIFA Women’s World Cup finals.

In a communiqué, the NFF leadership promised to provide the team with the necessary support to ensure adequate preparation for the competition.

The Falcons will first play in Vancouver on April 9 before the second leg of the encounter in British Columbia three days later.