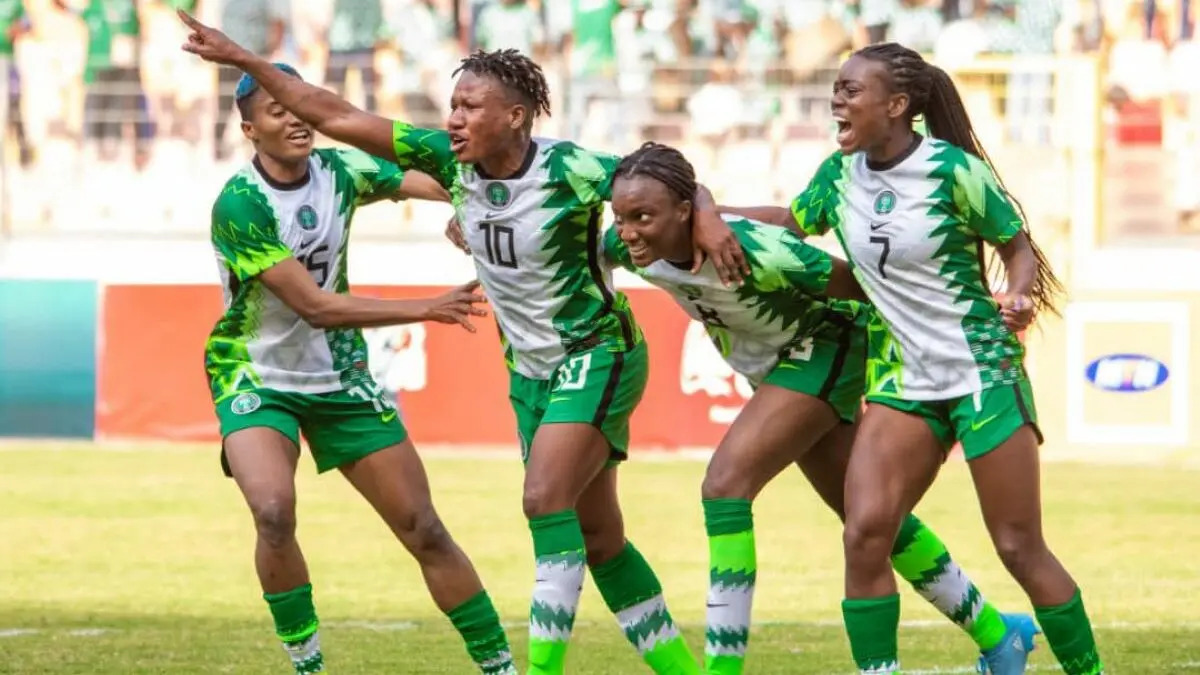 What are the names of all Nigeria Super Falcon coaches that have managed the Nigeria women’s national football team since its inception?

This post will reel out all the managers that have taken charge of the Super Falcons since its first international game in 1991 till date.

The first on Nigeria Super Falcon coaches list is Bonfrere Jo. Yes, it’s the same Jo Bonfrere who took Nigeria to the 1996 Olympic Games and won gold. He is also the one who led the Super Eagles of Nigeria to the 2000 African Cup of Nations that was hosted by Nigeria and Ghana. He was the same person who concurrently managed the Super Falcons at the 1991 FIFA Women’s World Cup. Johannes-Franciscus Bonfrère has since 2017 retired from coaching any national team.

The late Paul Ebiye Hamilton is regarded as the first indigenous coach of the Super Falcons when he managed the Nigeria women’s national football team at the 1995 World Cup. Hamilton got his UEFA coaching license in 2006. He died on the 30th of March 2017 at the Military Hospital in Lagos at the age of 76.

Mabo can be said to be the best coach that has ever managed the Super Falcons till date as he alone has given Nigeria the best ever result when it comes to female football in the country. He got the Nigeria women’s national football team as fas as the quarterfinals at the 1999 FIFA Women’s World Cup. He also handled Nigeria women’s football at the 2000 and 2004 Olympics.

Okpodu’s reign as manager of the Super Falcons didn’t last long as he led Nigeria to the 2003 FIFA Women’s World Cup only before he was shown the exit door. He is currently the head coach of Maryland Bobcats FC in the National Independent Soccer Association.

There is almost nothing to say about the former Super Falcons coach who managed the female national team to Johannesburg in South Africa in 2004 where Nigeria won the African Women Championship (AWC). New Nigeria Bank, Sharks FC, and Dolphins are some of the club sides in Nigeria the one-time Golden Eaglets coach has managed.

The late Effiom led the Super Falcons to their fifth straight African Women’s Championship title in 2006. He coached Cross River State-based club Pelican Stars to multiple league and Cup titles. The former Nigeria women’s coach suffered a stroke and died on the 10th of September 2014 at a hospital in Cross River state at the age of 67.

Jossy Lad, as he was fondly called, was Nigeria’s head coach at the 2008 Summer Olympics. He also led the Super Falcons to win the 2007 All-Africa Games where Nigeria finished third place at the 2008 African Women’s Championship. The Ibadan born coach died on 9 May 2013 at the University College Hospital, Ibadan after a brief illness at the age of 71.

Uche is the first female coach of the Super Falcons and also the first woman coach to win an African Women’s Championship title. She managed Nigeria to win the 2010 African Women’s Championship and managed Nigeria at the 2011 FIFA Women’s World Cup. Uche, who captained the Super Falcons during her days as a professional footballer, was also appointed as female football instructor of the world football governing body, FIFA.

He is a member of the Super Eagles squad that won the 1980 African Cup of Nations with Nigeria. He was appointed manager of the Super Falcons in April 2012, led Nigeria to fourth place at the 2012 African Women’s Championship, before resigning in November 2012. El-Kanemi Warriors, BCC Lions, Kwara United, Sunshine Stars, Sharks and Giwa are some of the Nigeria Professional Football League sides he managed.

Okon started off as interim head coach of the Super Falcons after coach Kadiri Ikhana resigned in 2013. He managed Nigeria to win the 2014 African Women’s Championship and the 2015 FIFA Women’s World Cup but was unable to advance to the knockout round at the 2015 FIFA Women’s World Cup. The squad he put together could not win a single game in the World Cup, drawing one and losing two. As a result, he was sacked by the Nigeria Football Federation and replaced by his assistant, Christopher Danjuma on an interim basis.

Danjuma took over the Suoer Falcons’ team in an acting capacity and was given the task of qualifying for the women’s football event of the 2016 Olympics billed for Rio de Janeiro, Brazil. He was however relieved of his duty after he led Nigeria to fourth place at the 2015 All-Africa Games.

She was an assistant coach to the Nigeria women’s national under-20 football team before being made coach of the Super Falcons in 2016. As a player and captain of the side, she won the Africa Women Cup of Nations with the “Super Falcons” on four occasions (1998, 2000, 2002 and 2004) and became the first woman to win the AWCON as both a player and coach. She was the manager who led Nigeria to win the 2016 Africa Women Cup of Nations.

He signed a deal until 2020 with Nigeria’s Football Federation (NFF) to replace Florence Omagbemi and became coach of the Super Falcons in January 2018. He led Nigeria to reach the last 16 of the 2019 World Cup in France and won the 2018 Women’s Africa Cup of Nations (Nigeria’s maiden regional WAFU title). However, the Swedish football coach later resigned as Nigeria’s coach in October 2019 despite having a year left on his contract. Dennerby cited unfulfilled contractual obligations including unpaid wages and a lack of both co-operation and accommodation in the country as reasons for his resignation.

Barely three years after turning down the role of Super Falcons coach, Waldrum accepted to be the manager of the Nigeria women’s national football team on October 5th, 2020. He remains the current coach of the Falcons and he’s working alongside former Super Falcons’ goalkeeper and captain Ann Chiejine, as his first Assistant Coach, Wemimo Mathew Olanrewaju as second Assistant Coach and Auwar Bashir Makwalla as goalkeepers’ trainer.

Those are all the Nigeria Super Falcon coaches that have managed the Nigeria women’s national football team since 1991 when Nigeria played her first international competitive match. You think we missed any coach on this list, name him/her in the comment box for all to see.