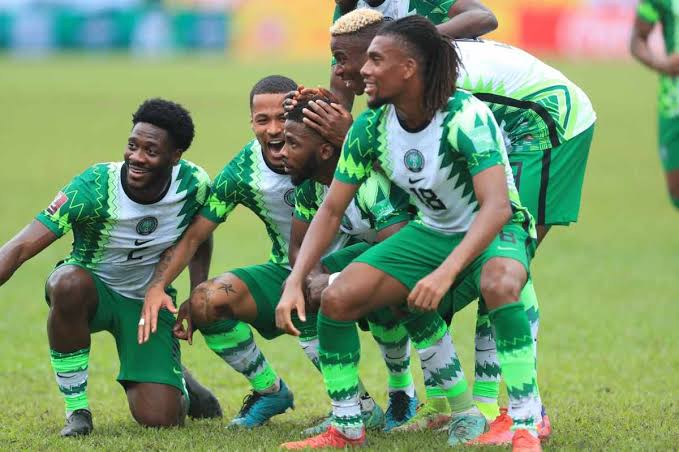 Super Eagles boss Augustine Eguavoen has insisted that Nigeria can compete with the best national teams at the 2021 Africa Cup of Nations with the quality of players at his disposal.

The 1994 Africa Cup of Nations winner has named uncapped trio John Noble, Kelechi Nwakali and Sadiq Umar on a finalized 28 man roster for the tournament in Cameroon and handed a recall to inform Watford striker Emmanuel Dennis.

Eguavoen took over the managerial reins following the dismissal of Gernot Rohr two weeks ago, and the former Gent defender has admitted that he has a short space of time to implement his philosophy.

He has kept faith with majority of the players who featured under Gernot Rohr with the likes of Maduka Okoye, Leon Balogun, Joe Aribo, Frank Onyeka and Samuel Chukuwueze all earning rosters sports.

In an interview with NFF Eguavoen said: “There’s a team on ground, I think this team is ready to compete anytime, any day if called upon and yes the time is quite short we all know that because every coach has his own leadership style, his own philosophy.”

“With the quality of players we have I don’t think we’ll struggle but the only thing is that there won’t be time for any friendlies, that’s when you actually assess your team if they can actually do what you want or what the technical crew wants.”

“If there is time to play at least two or three friendly games and then telling how you want them to operate in departments, individually and collectively in lines then I will say yes but be that as it may we just have to do what we have to do.”

“Maybe in training sessions we can tell them how we want them to play and guide them.”

The Super Eagles are scheduled to begin training camp in January 3, as part of their preparations for the Africa Cup of Nations slated for Cameroon.