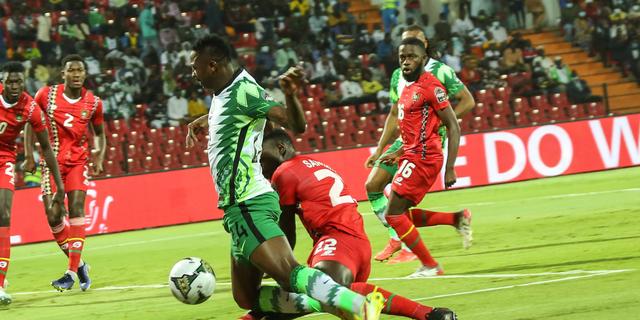 Egypt have achieved a 1-0 victory over Sudan in the final matchday of the group stage to secure their spot in the Round of 16 of the 2021 Africa Cup of Nations.

The Pharaohs will now be up against Group E leaders, which could be Ivory Coast, Equatorial Guinea, Sierra Leone, or Algeria.

The Super Eagles on the other hand had already guaranteed their place in the knockout stages as group winners After beating Sudan 3-1 in the second round fixture, and just like Egypt, they are now waiting to discover their Round of 16 opponents.

After suffering two defeats against Egypt and Nigeria, Tia stated that both teams are very good, and they can go as far as the tournament’s finale.

“Egypt and Nigeria are very good teams, they both did a great job in the group stage,” Burhan said.

“The two teams can go as far as the Africa Cup of Nation’s finale, we did everything we could against them, but in the end, the result wasn’t great.

“We played a good game against Egypt, but we made a number of individual mistakes, we will improve and we will try to correct our mistakes in the next few months.”

Good Moments Are Back For Nigeria – Jay Jay Okocha