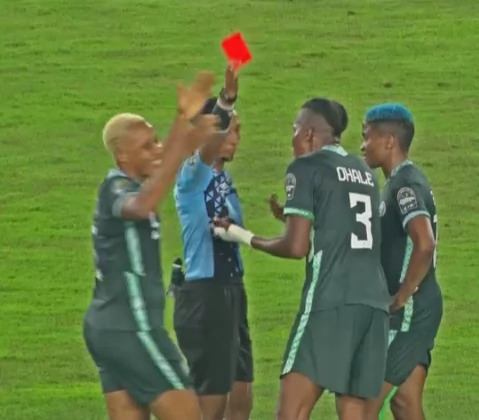 The Super Falcons of Nigeria lost 5-4 on penalties to Morocco on Monday in a game that ended 1-1, despite losing two key players in the second half to red card offences.

With Halimatu Ayinde and Rasheedat Ajibade getting their marching orders after a VAR review adjudged both players to have been culpable for dangerous tackles, the team held on for over 50 minutes more before losing gallantly to the Atlas Lionesses.

The loss makes it the third time Nigeria will not feature in a WAFCON final since its inception.

The other two occasions ended in third and fourth place finishes in 2008 and 2012 respectively, and Equatorial Guinea was the eventual winner.

Nigeria’s Super Falcons will now face Zambia in a third-place match on Friday while both South Africa and Morocco will face off in the final on Saturday for a chance to win a maiden WAFCON title.

Super Falcons Shun Training Ahead Of Third-Place Match Against Zambia