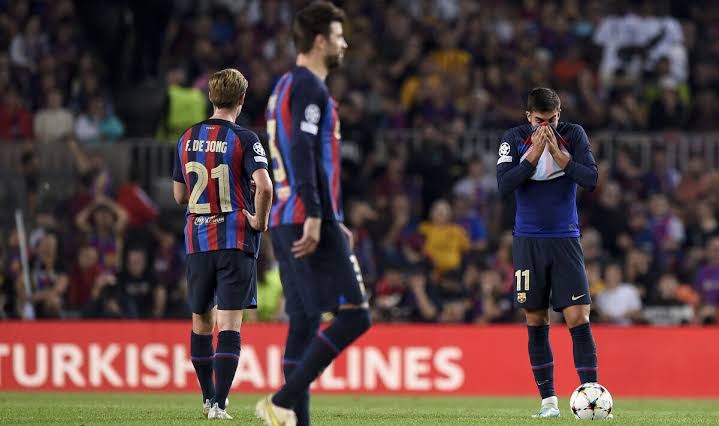 Barcelona president, Joan Laporta, has said he wont blame the players or the coaches for his team’s elimination from the UEFA Champions League this season.

The Catalan club were eliminated from the Champions League after losing 3-0 to Bayern Munich at Camp Nou on Wednesday.

Barcelona were praying for a miracle that would see Viktoria Plzen defeat Inter Milan to give them a lifeline in the Champions League.

However, Inter ended up thrashing Plzen and condemned Xavi Hernandez’s men to another European elimination.

Reacting, Laporta said that it was a shame to see Barca crash out of the tournament by losing 3-0 to Bayern in Spain.

“It’s a shame, but you can’t blame the players or the coach for anything,” Laporta told Barca TV.

“We have to look forward because we have La Liga and other competitions left.”

Barcelona will now have one more inconsequential game to play against Viktoria Plzen in November before heading to the Europa League.