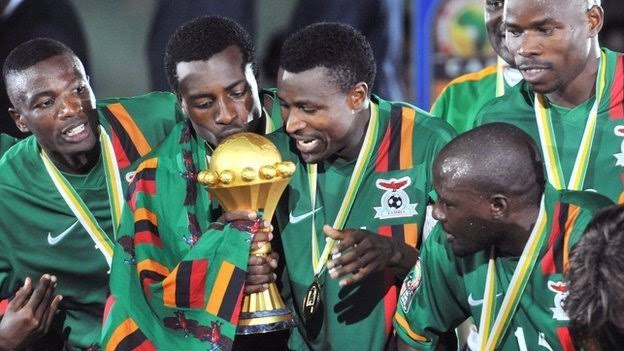 When the AFCON kicks off in Cameroon next year, many teams will headline various lists of the potential winners; notably the defending champions, Algeria, last edition’s runners up, Senegal, and three time African champions and last edition’s third best placed team, Nigeria.

Also, there will be mentions for the record winners of the tournament, The Pharaohs of Egypt, the host nation, Cameroon, and a host of other nations in the competition.

However, a couple teams who have in times past, been tagged “minnows” of African football, will be making this competition hoping to make a claim for themselves and if possible, emerge as the tournament’s champions come February 6 2022.

The Zambian story in 2012 ranks among many other fairy-tale victories in football history. The ‘Chipolopolo’ were ranked outsider in 2012 edition co-hosted by Gabon and Equatorial Guinea, and they took the entire continent by storm after beating the odds to emerge AFCON Champions for the first time in the country’s history despite facing a star-studded Ivorian team in the final. 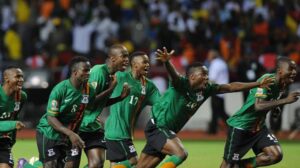 The Chipolopolo of Zambia were Champions of the 2012 African Cup of Nations.

And given the strange times the world has found itself with regards to how sports generally has been done since the COVID-19 came round in 2019, the 2021 AFCON in Cameroon may just unearth another surprise package which may not necessarily be the eventual champions, but the underdog teams who could go as far as the latter stages of the tourney.

Having said the foregoing, isagoal will be profiling the so called “dark horses” or “underdog teams” to be on the lookout out for when the tournament serves off in a matter of days. 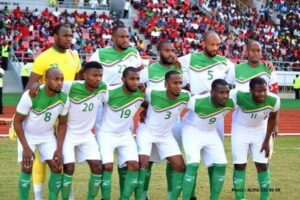 First on our list are the debutants at the African Cup of Nations, Comoros Islands. Having been knocked out of the World Cup qualifying group stage, all that was needed was to not relent and pick up the qualification for the AFCON; the feat they achieved in a very sharpish manner by finishing behind Group G leaders, Egypt.

The Coelacanths progressed to the final ahead of Kenya and Togo, losing just once in six matches. The highlight of their run during the qualifiers has to be their 0–1 win away to Togo, their first away win in a major qualifier.

The win over Togo propelled their qualifications for the finals in Cameroon, their first major tournament since joining FIFA in 2005.

Coach Amir Abdou’s men are the lowest ranked team in Group C alongside Morocco, Ghana and Gabon. And if their staunch displays against Egypt, Togo and Kenya during the qualifiers are to be considered, then they can cause troubles for the big boys in the tournament. 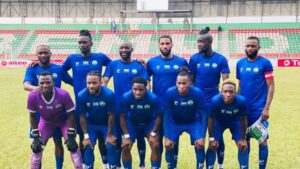 The Leone Stars who are the last team to qualify for the 2021 Total Energies Africa Cup of Nations will be remembered for their famous 4-4 draw against Nigeria last year after going down by 4 goals. And on the return leg caged the Super Eagles in Freetown to seal an unbeaten streak against the three time African champions.

Having finished second in Group L with seven points behind leaders Nigeria (14 points), they make a return to the continent’s flagship competition for the first time since their second participation in South Africa 1996 after defeating last edition’s quarter-finalists, Benin, by a lone goal in the rescheduled game that took place at the General Lassana Conte Stadium in Conakry, Guinea.

Albeit friendly results have been patchy for the Leone Stars since they pipped Benin in their rescheduled match, notwithstanding, their first two fixtures at the AFCON against Ivory Coast and Algeria might just be a huge determinant to how their campaign in Cameroon would pan out. 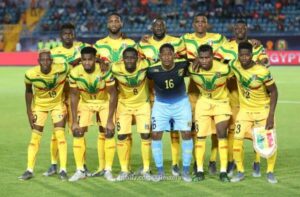 The Eagles of Mali have constantly maintained the tag of ‘dark horses’ for the few times they have managed to make the AFCON finals despite recording some notable achievements at the 1972 AFCON which was their debut where they emerged runners up.

However, with their recent outings at the World Cup Qualifiers and the AFCON, there’s the feeling that the 2021 edition of the tournament may not only be a last eight or last four finish, but they might just beat all odds and clinch the trophy eventually.

After romping to a FIFA World Cup play-offs without conceding a goal, Mali joined the AFCON 2021 party after topping Group A which had runners-up Guinea, Namibia and Chad.

During the qualifiers, the Eagles suffered a single defeat in their quest for qualification and have been paired in Group F alongside 2004 winners Tunisia, Mauritania and Gambia.

Make no mistake about it, Mohamed Magassouba’s men can still pull a surprise at the tournament having progressed to the World Cup play-offs undefeated. 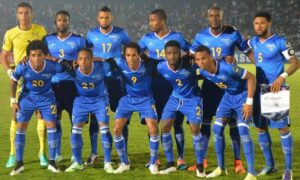 Cape Verde will begin their AFCON campaign in Group A against two-time winners Ethiopia and would look to put their disappointing ouster from the 2022 World Cup play-offs behind them as they aim to be the surprise package in Cameroon.

The Blue Sharks in the 2013 edition of the AFCON, which was their debut, finished in the last eight of the competition and were knocked out in the group stages during the 2015 AFCON in Equitorial Guinea and have since then, missed out on the 2017 and 2019 editions of the tourney.

However, their recent competitive fixtures have emperically shown that they can pose a tremendous menace to bigger teams, like Nigeria and Cameroon who’ve been tipped among the competition favorites.

Realistically, Cape Verde are organized enough to wreak havoc on their counterparts in the group stages while they will be hoping to do as well as they did in 2013, ultimately finishing in the last four or two. 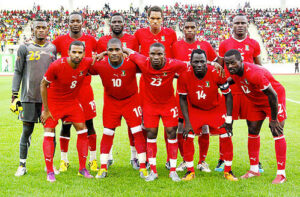 Talking about the genuine dark horses in the 2021 AFCON, The National Thunder will be the perfectly fit for the tag.

The had a forgettable World Cup qualification but their home triumphs against Mauritania, Zambia and Tunisia during that campaign boosted hopes that Equatorial Guinea could just be the genuine underdogs in Cameroon.

Little will be expected of Nzalang Nacional considering they’ve never previously qualified for an AFCON they haven’t hosted, but it’s worth noting that Tunisia are the only team to have beaten them since Nov. 2019.