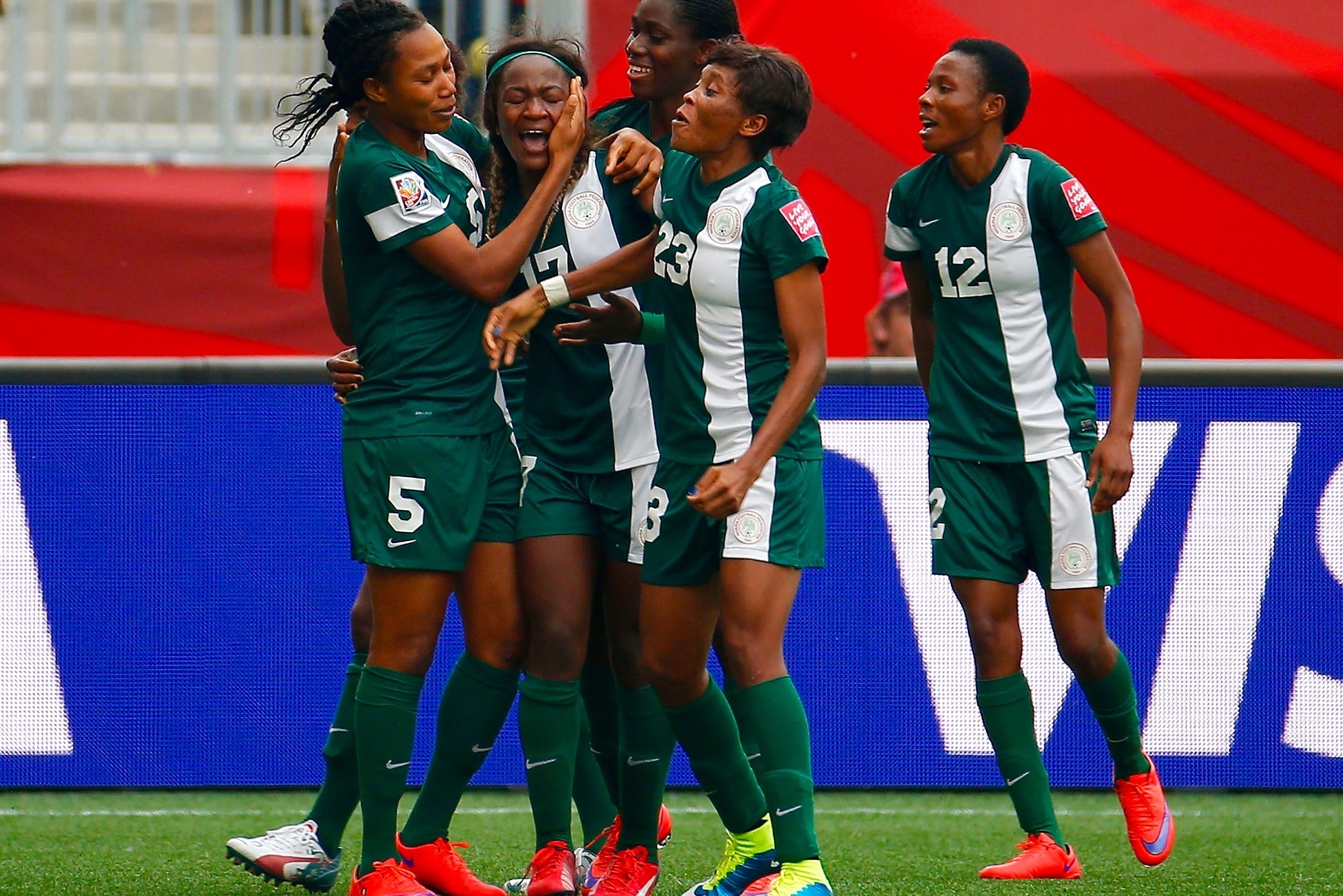 The quartet of Super Falcons players have been named in the International Federation of Football History and Statistics Women’s CAF Team of the Year for 2021.

Super Falcons skipper, Asisat Oshoala, Chiamaka Nnadozie, Osinachi Ohale and Ngozi Okobi have been named in this 2021 IFFHS’ team of the year.

The selection of the four players means that Nigeria has a player in each position on the pitch.

Oshoala was part of the formidable Barcelona side that conquered Europe after they won the won the UEFA Women’s Champions League, the Primera División and Copa de la Reina in the 2020/21 season.

Nnadozie was outstanding again since she teamed up Paris FC in France keeping six clean sheets so far this season.

On her own part, Ohale, a strong and agile defender has also contributed four goals so far with her goal against Barcelona in June a memorable one.

Ever reliable Okobi continues to be a key player for Eskilstuna United in the Swedish Damallsvenskan.

In attack alongside Oshoala are Malawi’s Tabitha Chawinga, and Zambia’s Barbra Banda.

Meanwhile, Zambian Bruce Nwape was named as the coach of the Year by the IFFHS while the trio of Onome Ebi, Rita Chikwelu and Rasheedat Ajibade are among the seven substitutes in the team of the year selected by IFFHS.