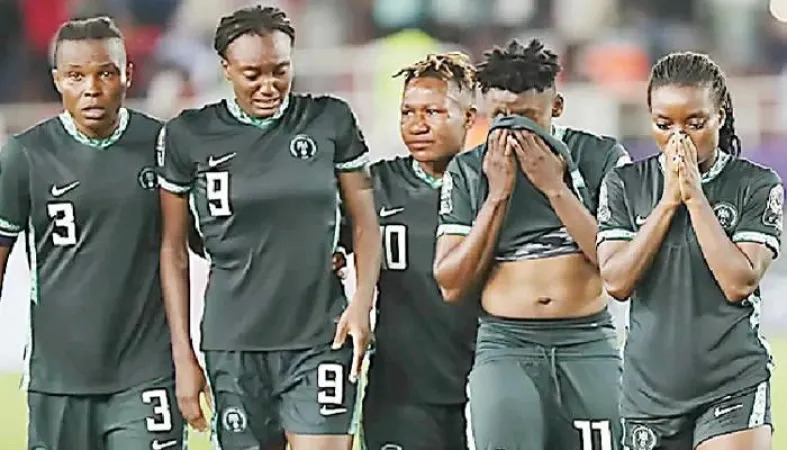 Nigeria’s Super Falcons were unable to finish in the top three of the Women’s Africa Cup of Nations after an unprecedented 1-0 loss to Zambia in the third-place match.

With the bronze medal in sight, Nigeria were the overwhelming favourite against the Copper queens even with their depleted squad.

However, the opposite was the case on the night, as a shot from Zambian midfielder, Katongo struck the upright and crocheted off Chiamaka Nnadozie’s to put Zambia ahead.

The Super Falcons increased their tempo after conceding, but they failed to take their chances.

Gift Monday who replaced injured Onu was wasteful on the night, missing chance upon chance.

Monday also had two clear-cut chances but she fluffed her lines.

The Super Falcons piled pressure on Zambia, but they just lacked the cutting edge on the night.

And now for the first time, the Super Falcons would return home without any medal since the inception. It was also the first time that Zambia would defeat Nigeria.