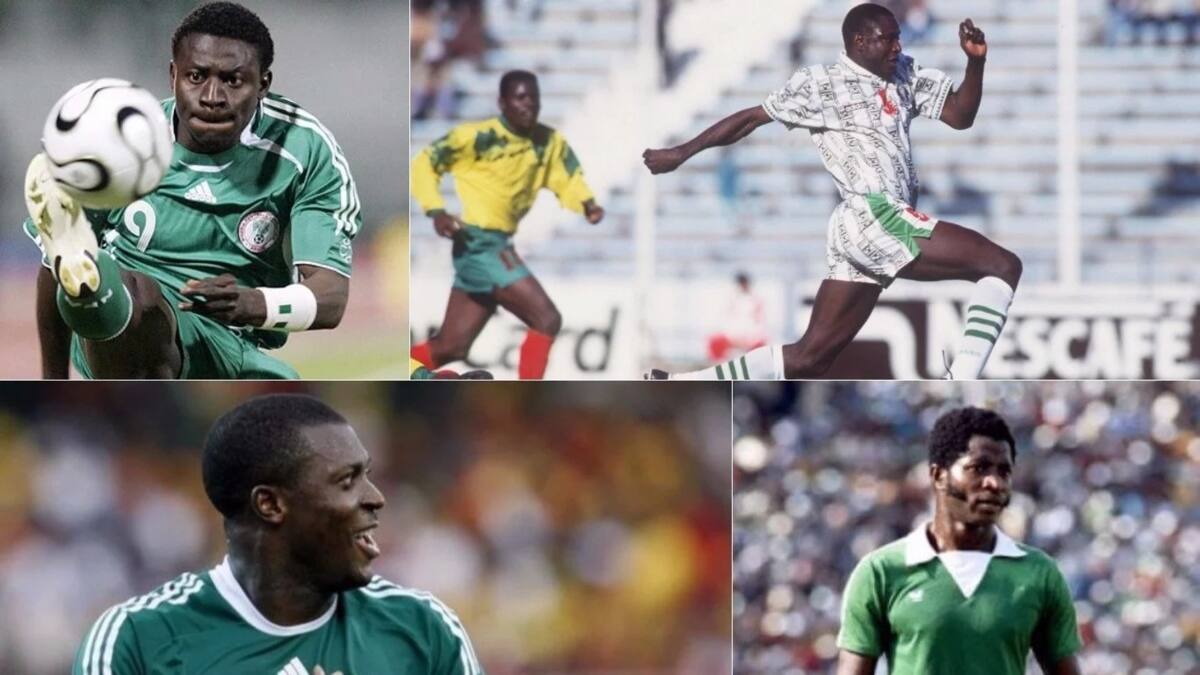 Yes, I know some of you think Odion Jude Ighalo is the highest goal scorer in the Nigeria national team.

He may have been the highest goal scorer at the 2019 Africa Cup of Nations (AFCON) in Egypt but he is not the Super Eagles all time top scorer. Note that the emphasis is on ALL TIME.

I’m glad to inform you that before Ighalo is, Rashidi Yekini was.

Yekini died at the age of 48 in 2012 and continues to lead the Super Eagles all time highest goal scorers’ chart with 37 goals in his 58 appearances for Nigerian.

Other representations he made for Nigeria are the World Cup qualifications and friendlies.

One of the most remarkable things about Yekini’s career for the national team is that he scored Nigeria’s first goal in the World Cup in a 3–0 win against Bulgaria in the USA in 1994.

Also, after emerging Primeira Liga’s top scorer in the 1993–94 season with 21 goals, Yekini became the first Nigerian to win the African Footballer of the Year title.

Segun Odegbami is the second all-time goal scorer in Nigeria.

The ‘Mathematical’ Odegbami, though played in the days of the Green Eagles AKA Super Eagles, featured for Nigeria in 46 games between 1970–1984 and has scored a total of 23 goals to his credit.

He was part of the team that won Nigeria’s first Africa Cup of Nations title at the 1980 tournament held in Lagos.

Yakubu Aiyegbeni is the third Super Eagles all-time top scorer with 21 goals for Nigeria in 57 appearances.

“The Yak” is also the fourth highest African goalscorer in Premier League history with 96 goals.

He has been to four African Cup of Nations finals for Nigeria, the 2010 FIFA World Cup and the 2000 Summer Olympic.

This list of Super Eagles all-time top goalscorers is made up of football players who have played for the Nigeria national team and is listed according to their number of goals scored.

All the goals and appearances used in this Super Eagles all time highest goal scorers are those of FIFA World Cup matches, Africa Cup of Nations games, and international friendlies.