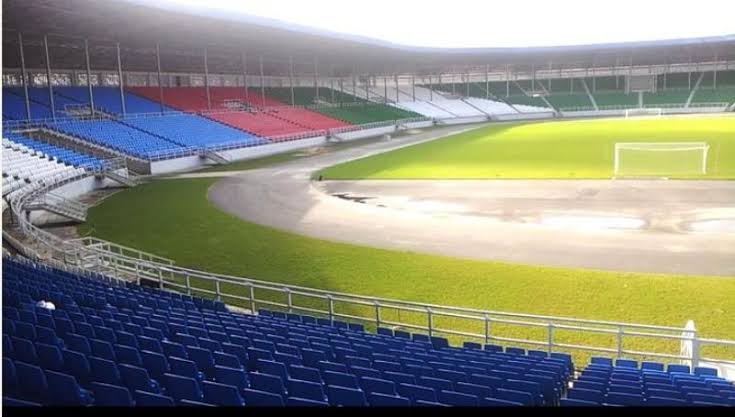 Rivers United football club has obtained approval from the organizers and handlers of the Nigeria Professional Football League, LMC, to continue to play their home matches at the Adokiye Amiesimaka Stadium for the 2021-22 season.

It would be recalled that the Stanley Eguma led side played their home TotalEnergies CAF Confederations Cup additional playoff round game against Egyptian club Al-Masdy away from the said stadium due to inadequacies with the ground.

However, after using the Enyimba International stadium as home ground the last time out – Rivers United are now able to play NPFL fixtures in their home city following an approval from the LMC

Following the radical renovation the Adokiye Amiesimaka Stadium ground has undergone, the LMC confirmed on Thursday it is now fit for the hosting of Rivers United’s home league matches.

The body, in a letter dated 23rd December, 2021, and signed by the Chief Operating Officer (COO), Salihu Abubakar, the approval is consequent upon the repairs and renovations carried out at the stadium.

According to LMC’s letter, “consequent upon the repairs and renovations carried out at the stadium particularly the provision of proper technical benches for teams and match officials, as well as other repairs, approval is thereby granted for Rivers United FC to host it’s 2021/2022 NPFL matches at the Adokiye Amiesimaka Stadium Port Harcourt”

The 2021/2022 NPFL season enters Matchday two this weekend, with Rivers United FC hosting Katsina United in her first home match of the season after their 1-1 draw with Lobi Stars in Makurdi last week.