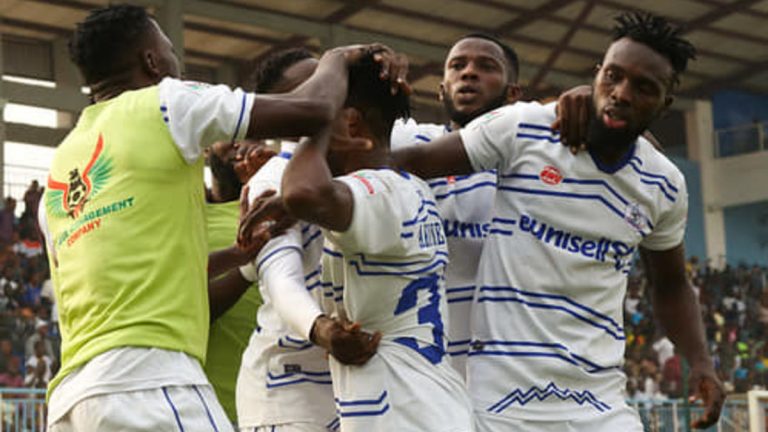 Rivers United are back to winning ways following a resounding 3-nil win against Wikki Tourists on Saturday in the matchday 12 of the 2021-2022 NPFL season.

In the match played at the Adokiye Amiesimaka Stadium, Port Harcourt, The Pride of Rivers put behind them the disappointment of their ten game unbeaten run coming to an end last weekend in Jos against Plateau United, and took the game to their visitors from the get go.

Ebube Duru scored the opener from the spot after thirty-seven minutes to give Rivers United a well deserved lead following a foul on Akuneto Chijioke inside the box.

The Stanley Eguma led side extended their lead in the fifty-fourth minute through Chijioke, scoring nicely from Nyima Nwagua’s pass and Uche Onwuansanya made it 3-0 for the home side in the final stages of the game with an assist from Duru to secure a comfortable victory for Rivers United.

The victory over Wikki Tourists has taken Rivers United back to the summit of the NPFL with 25 points, two clear of second-placed Remo Stars who travels to Gombe United later on Sunday (today).

Meanwhile, Finidi Geroge’s Enyimba paid for not being clinical enough in front of goal as they suffered yet another frustrating afternoon after being held to a 1-1 draw by Niger Tornadoes at the Enyimba International Stadium in Aba.

Enyimba, having gone behind after thirty-nineth minute through a beautiful strike from Kabiru Adeniji at the edge of Enyimba’s box, responded positively before the end of the first period.

Captain Austin Oladapo leveled things for the People’s Elephants after scoring from the spot. However, the first half didn’t end without a skirmish as the hosts were reduced to ten men following Samuel Kalu’s second yellow card of the day.

In the other game, Nafiu Ibrahim’s 65th minute strike ensured Katsina United returned to winning ways with a 1-0 victory over Abdullahi Biffo’s Kwara United at the Ahmadu Bello Stadium, Kaduna.

The action continues on Sunday with seven matches set to take center stage.