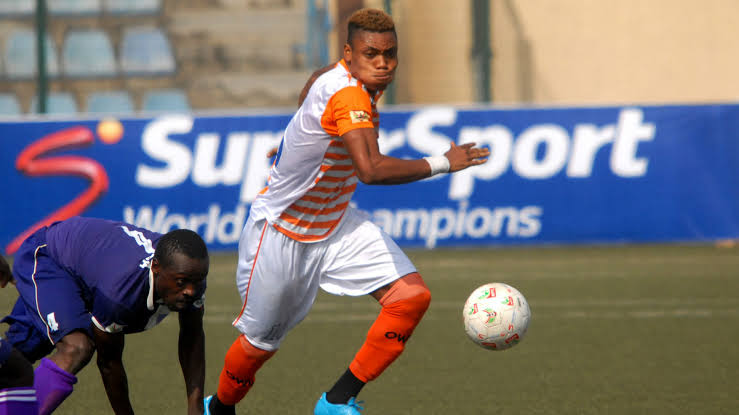 The former Lobi Stars and Enyimba forward will put a pen to paper with Songlam Nghe if he impresses the technical crew of the club.

Samad Kadiri began his professional career with Bayelsa United in the 2015-2016 season, and he became a household name in the Nigeria elite league with his scintillating displays for the now NNL side.

After his astonishing performances with Bayelsa United, Kadiri continued his progression to prominence and teamed up with the Akure Gunners, Sunshine Stars, between 2016 to 2018.

From Sunshine Stars, he moved to Lobi Stars before leaving last year to join the Aba Elephants where he played the entirety of the 2020-2021 season.