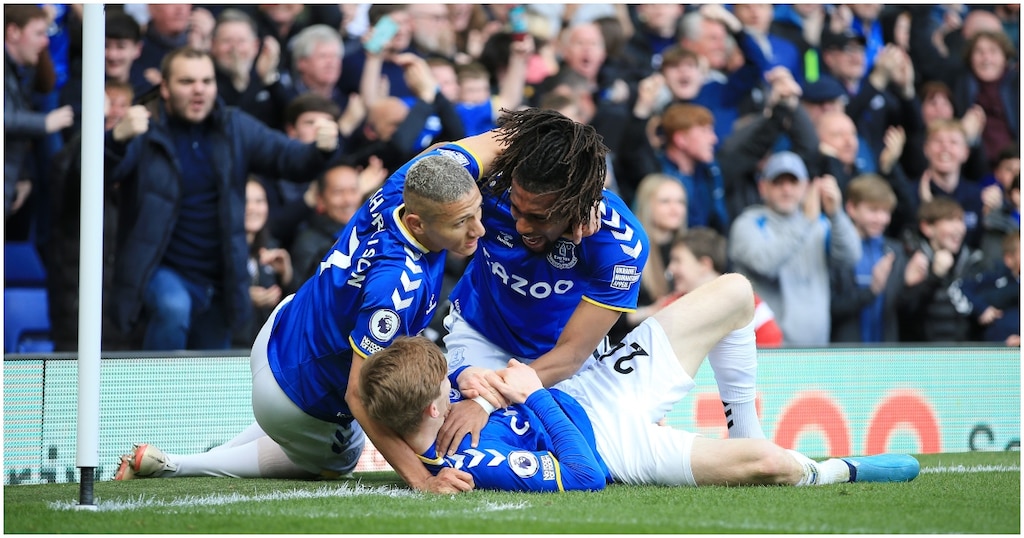 Super Eagles midfielder, Alex Iwobi gave a brilliant account of himself at left wingback to help Everton claim a hard-fought 1-0 victory against Chelsea at Goodison Park as the Toffees continued with their fight to stay alive in the English Premier League.

Burnley’s victory at Watford earlier in the day put the toffees in a precarious position.

As expected, the Blues were the dominant side, but they lacked bite in front of goal in the first half, as they failed to record a shot on goal.

However, Everton shocked the Central Londoners, as within a minute after the start of the second half, Richarlison struck.

Demarai Gray capitalized on a mistake from the Chelsea defence and passed it to Richarlison, who promptly slotted the ball past Mendy to give the toffees a one-goal lead.

Iwobi was involved in the buildup to Everton’s goal as he delivered the throw-in that led to Richarlison’s opener.

After conceding, Chelsea increased their tempo, but Everton kept a stealth front, blocking everything the European Champions threw their way.

The Nigerian star had three clearances, one interception, two tackles, and 47 touches to cap a brilliant afternoon at work.

The victory for Everton means that they sit two points away from safety, with a game in hand.