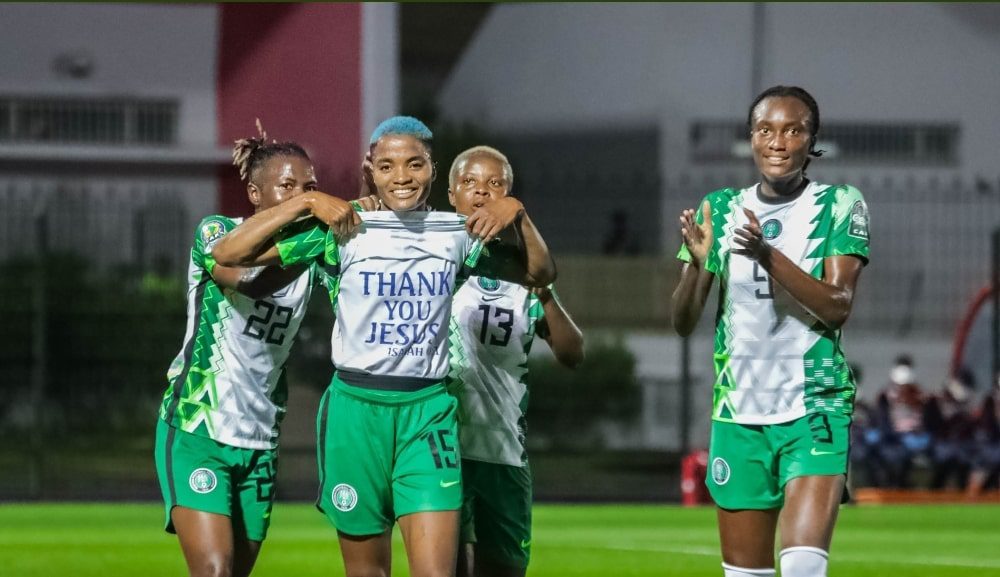 Nigeria’s Super Falcons ran riot against Burundi on Sunday evening with goals by Rasheedat Ajibade, Peace Efih and a Uchenna Kanu brace helping Randy Waldrum’s girls advance to the next round.

The Super Falcons will face agelong rivals Cameroon in the quarterfinals of the 12-team Africa Women Cup of Nation competition.

Nigeria didn’t grab their first goal of the game until the quarter of an hour when Ajibade outpaced a Burundian defender.

She was felled by the onrushing goalkeeper and got a penalty in the process.

The Atletico Femeni star tucked in a beautiful penalty to open the flood gates.

Kanu soon got her second from a deft and well-weighted Ajibade cross early in the second half as Nigeria’s scored their seventh goal of the competition so far.

The Super Falcons lost their first game against South Africa 2-1 and that cost them the group’s leadership after Banyana Banyana defeated Botswana 1-0 in their final group game.

Nigeria has now scored 174 goals since the competition started some decades ago.

Waldrum’s next target is to qualify for the semifinal which will ensure Nigeria’s World Cup ticket.