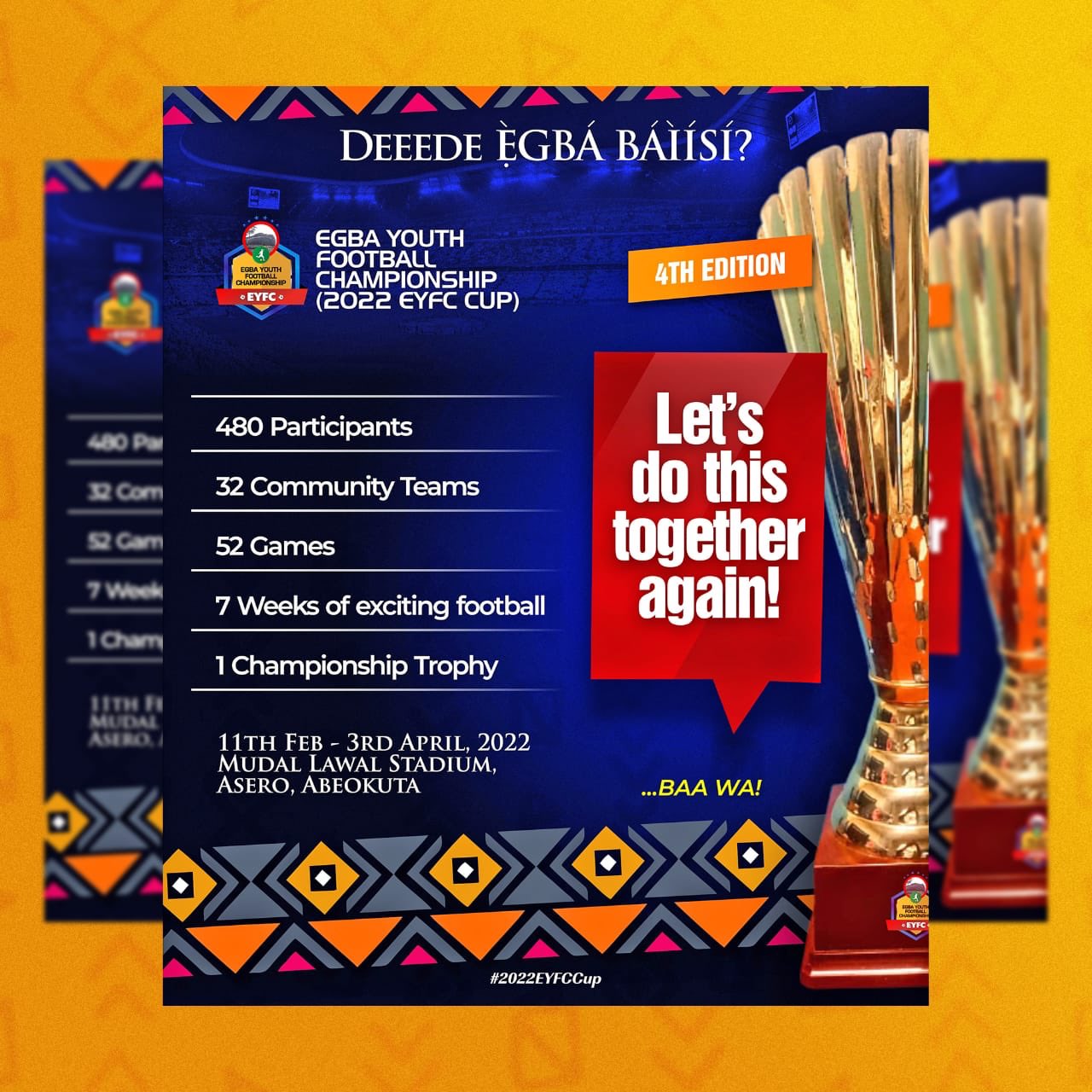 The stage is set for the fourth edition of the Egba Youth Football Championship (EYFC) as organizers of the grassroot football competition on Thursday, released the draw for the 2022 edition.

A total of twenty four teams were paired into six groups, which fourteen of them are debutants, seven teams are regulars who have not missed out from participating since the competition began in 2019, while the three remaining teams are making it to the competition for the second time.

The top two teams from Groups A to F will automatically proceed to the second round, alongside the best four third-placed teams.

The 2022 edition of EYFC will have a new winner given that two time winners of the competition, Surveyors FC will not be participating.

The draw which took place in Abeokuta the Ogun State capital, was done alongside the 2021 Sports Awards, where a host of sports journalists, sportscasters and other eminent personalities were recognized and given awards for their immense contributions and supports to the sporting sector, particularly the EYFC and other grassroot sports competition in Ogun State in the past year.

The competition is billed to kick-off on the the 11th of February till third of April 2022.

The Groups in Full: