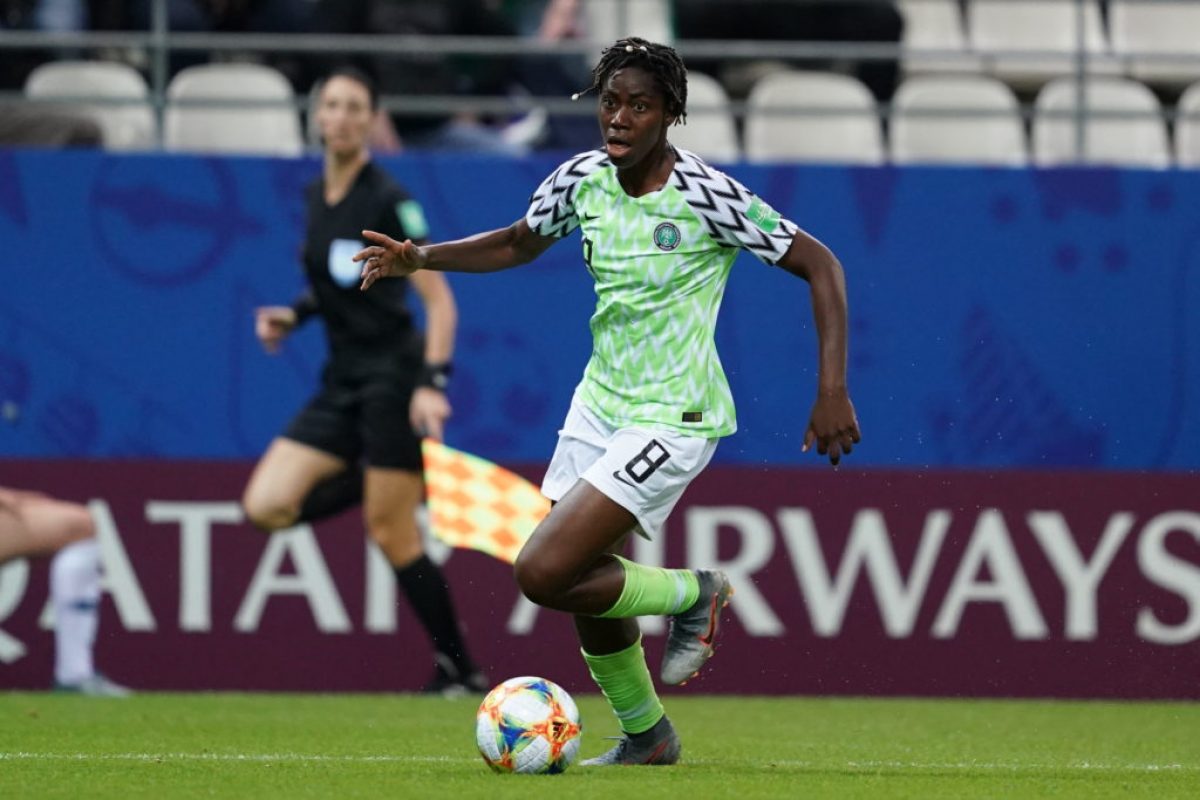 Asisat Oshoala has reacted to her being stripped of the captaincy of Super Falcons, saying she was not aware of the decision.

Oshoala was dismissed as Nigeria’s captain on Thursday, three years after taking over the captain’s armband from Desire Oparanozie.

The Barcelona star was named the Super Falcons captain after the 2019 FIFA Women’s World Cup.

Oshoala took over from Oparanozie after the latter spoke out against the Nigeria Football Federation (NFF) over their inhumane treatment.

But three years after her appointment, the 27-year-old has now been relieved of her duties.

The ex-Arsenal star has now reacted to the decision, saying she only saw the news on Twitter while adding that some people have been praying against the armband.

Oshoala also appears to direct a dig at Onome Ebi, the favourite to take over as captain. The ex-Liverpool star hinted that Ebi was looking for validation at the age of 40.

Oshoala has not played for Nigeria since the Aisha Buhari Cup in September 2021.

She is not in the current squad to play Canada in a doubleheader friendly match due to an injury she picked up ahead of the Africa Women Cup of Nations qualifier against Ivory Coast.