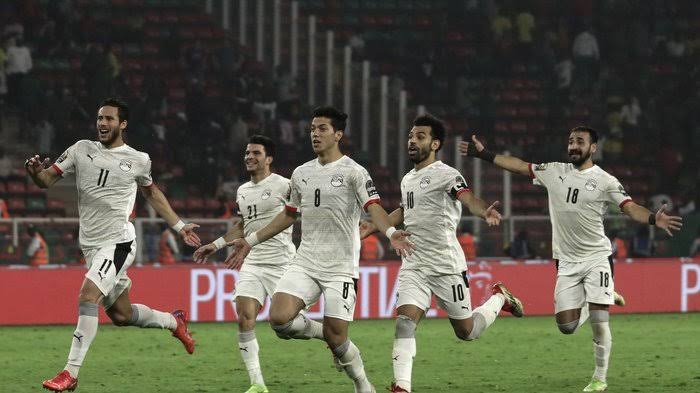 Record winners of the African Cup of Nations, the Pharaohs of Egypt, defeated the hosts of the 2021 and thirty-third edition of the Africa’s biggest football event, Cameroon, via penalties to book a place in the final against Senegal on Sunday.

After a nervy one hundred and twenty minutes for both sides, Egypt emerged victorious with their veteran goalkeeper, Mohamed Abou-Gabaski yet again proved to be the Egyptians’ hero after saving two penalties.

The Zamalek shotstopper who only got the opportunity to mount the sticks for the Pharaohs due to the unavailability of the side’s first choice, Mohamen El-Shennawi, was also the hero during the penalty shootout against the Elephants of Ivory Coast in the round of sixteen.

The win has now pitched Liverpool’s two formidable forwards against each other on Sunday, in a match that will be a dry run to their two legged World Cup playoff in March.

It’s Senegal’s second consecutive final appearance in the competition while the Egyptians are making it to the finals for the first time in twelve years having last won in the same year in Angola against Ghana.