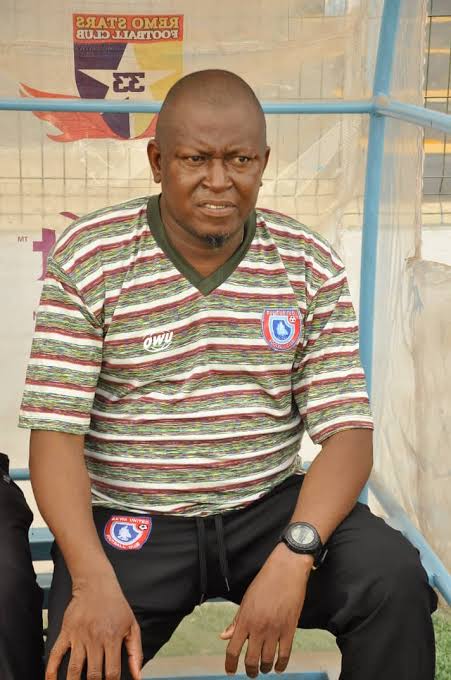 Akwa United stand-in coach, Ali Jolomi, has expressed delight with the level of improvement in his team but noted that there’s still a lot of work to be done.

This is following Akwa United’s narrow 3-2 victory against neighbors, Dakkada in the matchday fourteeen of the 2021-2022 NPFL season on Sunday.

The last season so champions having defeated Remo Stars at home last week, showed class in their first derby match of the season with a 3 goals to 2 win against Dakkada.

Dakkada striker, Femi Ajayi, opened scoring for his side in the seventeenth minute, but Dakkada’s lead only lasted for twelve minute as Samuel Amadi levelled the scores for the Promise Keepers from the spot in the twenty-ninth minute as both sides ended the first half on level terms.

After the half time break, speedster Wisdom Fernando put the reigning champions ahead when he fired home Ubong Essien’s cut back pass in the fifty-fourth minute.

Substitute Ezekiel Bassey added the third in the seventy-fourth minute before Edidong Ezekiel reduced the deficit ten minutes from time as Akwa United sealed their sixth win of the campaign, and back to back victories for the first time this season.

Jolomi while speaking after the match noted that albeit he’s pleased with his side’s improvement, the team is still a work in progress.

“Our victory against Dakkada is a clear sign that we are gradually improving game after game. We didn’t just play to the gallery but we played to win and I’m happy that we won.”

“We have recorded back-to-back victories for the first time this season but the truth is that we are not there yet, because we still have a great deal of work to do to ensure we have a formidable team.”

“Some players have been given opportunity to contribute to the team and I’m particularly happy that those who have been given the chance to play didn’t disappoint. We will continue to build on the success we have recorded so far.” said Coach Jolomi.

The 3-2 victory over Dakkada was Akwa United’s first win in four previous home games and their third win over their neighbors in five meeting in the NPFL as they maintain their dominance over Dakkada FC.

With the win, the reigning Champions have moved up to 5th on the log with 23 points from 14 games comprising six victories, five draws and three loses.

Akwa United will next travel to Jos for a date with Plateau United on Sunday 27th February, 2022.