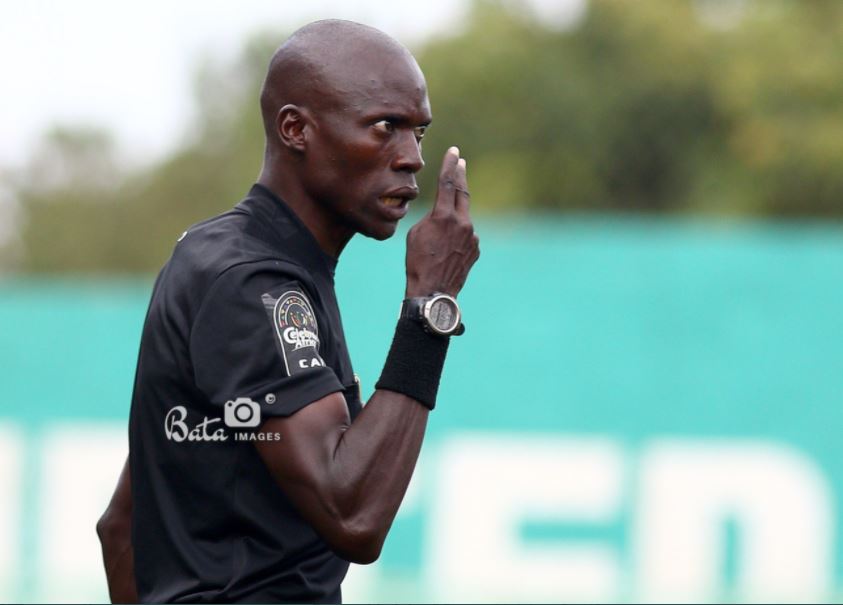 Ugandan referee Dick Okello will miss the January 2021 Africa Cup of Nations as it is reported, his religion does not permit vaccination.

The absence of Okello is a huge setback for the country in terms of referee appointments at the biggest stages.

Okello has aalready been replaced by Tanzanian Frank John Komba on the list of assistant referees to officiate at the tournament.

The 31 year old born again christian is alleged to have shunned getting the Covid-19 as his faith does not permit such acts.

As per the CAF and travel guidelines, individuals accessing the coveted showpiece have to be fully vaccinated and must have returned negative tests.

CAF is even more strict with the Match Officials and individuals who access the playing ground whose vaccination against the deadly virus is a must.

Okello is a high profile match official who officiated at the 2021 CAF Champions League final between Al Ahly and Kaizer Chiefs.

He was appointed the second assistant referee with Burundian national Pacifique Ndabihawenimana the centre referee and Cameroonian Elvis Guy Nguegoue the first assistant.

He was also named among the match officials for the 2021 CHAN finals in Cameroon only to miss out after returning a positive Covid-19 test.