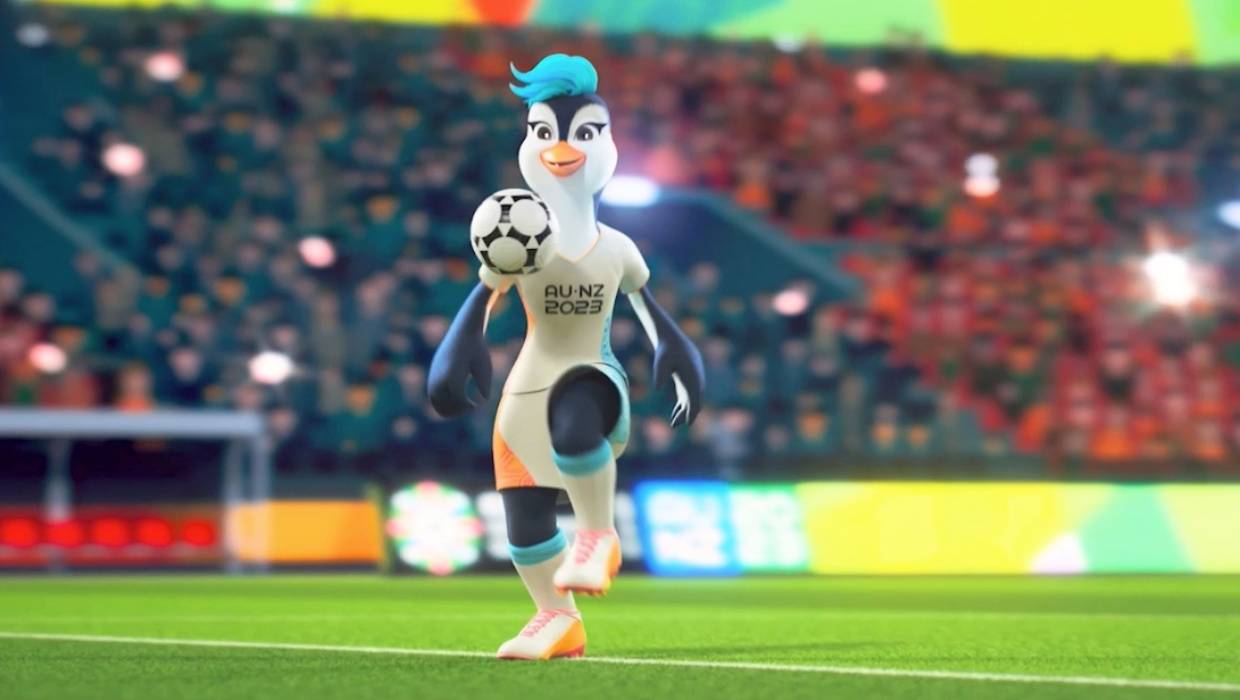 Tazuni, a fun, football-loving penguin has been unveiled today as the Official Mascot of the FIFA Women’s World Cup Australia & New Zealand 2023, capturing the spirit of an event that will go Beyond Greatness.

Based on the ‘Eudyptula minor’ species endemic to Aotearoa New Zealand and Australia, Tazuni is the perfect representative of the host region and will help to bring the excitement of the highly anticipated tournament to a new generation of fans.

Streetwise and confident, Tazuni stands out from the crowd thanks to her signature blue tuft of hair. Her name is a fusion of ‘Tasman Sea’ – which she calls home – and ‘unity’, a key value of the event.

The 15-year-old, who plays in midfield, falls in love with football after joining in with a group of kids playing a game on the beach.

Her footballing dreams come true when one evening she gazes up to see fireworks explode overhead coming from a nearby stadium. The kids from the beach hand over a personalised football kit, and she confidently strides into the stadium to showcase her talents.

Tazuni will become an important symbol for the FIFA Women’s World Cup Australia & New Zealand, appearing on official tournament merchandise and media platforms, as well as in real life in community activities ahead of the event.

FIFA Secretary General Fatma Samoura said: “Today’s announcement is a major milestone on the road to the FIFA Women’s World Cup in Australia & New Zealand. Tazuni stands for everything which makes the Women’s World Cup unique, and her story will resonate with millions of young fans around the world.

“We look forward to her playing a starring role in the tournament and helping to inspire the next generation as we continue to take women’s football and the FIFA Women’s World Cup Beyond Greatness.”

Sarai Bareman, FIFA’s Chief Women’s Football Officer said: “Tazuni is the perfect mascot for this tournament, exemplifying all that is positive about the biggest women’s football event ever staged, and our sport-obsessed host nations who are ready to welcome the world.

“Like millions of youngsters worldwide, football is how Tazuni expresses herself, and the FIFA Women’s World Cup Australia & New Zealand 2023 will provide inspiration for a new generation of football fans and participants from across the globe.”

Tazuni’s first live appearance will be in Auckland/Tāmaki Makaurau at the tournament’s Draw on 22 October. Fans can watch the Draw, and Tazuni, live from 7.30 pm (NZT) on FIFA+ and on SKY Sport and Prime in Aotearoa New Zealand, and Optus Sport in Australia.

Ticket packages for the FIFA Women’s World Cup 2023 are now available. To secure your seat and for the latest ticketing news, please visit FIFA.com/tickets (https://fifa.fans/3yRlNRM).