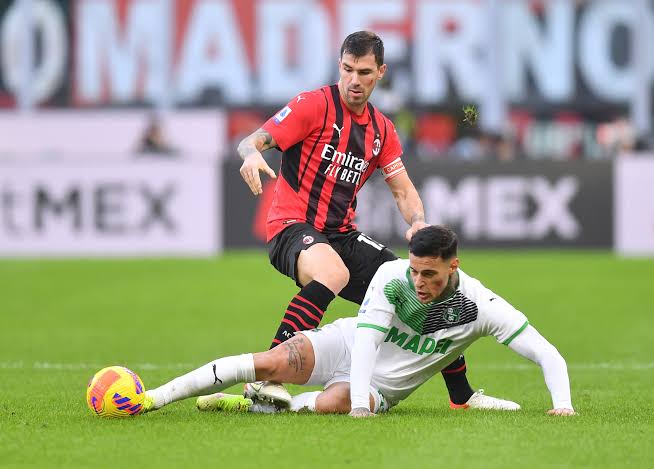 AC Milan slipped to their second successive defeat at home to Sassuolo with a 3-1 having gone ahead in the first half.

The Rossoneri raced into an early lead with a goal from the captain Alessio Romagnoli through a corner kick in the 21 minute of play, as they looked on course to pick maximum point having lost to Fiorentina last weekend.

However, Sassuolo turned the match on its head with a brilliant goal from Gianluca Scamacca and Simon Kjaer’s own goal in the first half.

In the second half Italy international Domenico Berardi added more salt to injury for Milan with a superb solo goal that helped them sealed three point away from home.

The win on the night now sees Sassuolo climb to 12th on Seria A table with 18 points, having gone into the tie as the underdog with Milan coming into the game on the back of a win at Madrid.

Gianpaolo Tartaro reveals, warns about a second surgery on Osimhen