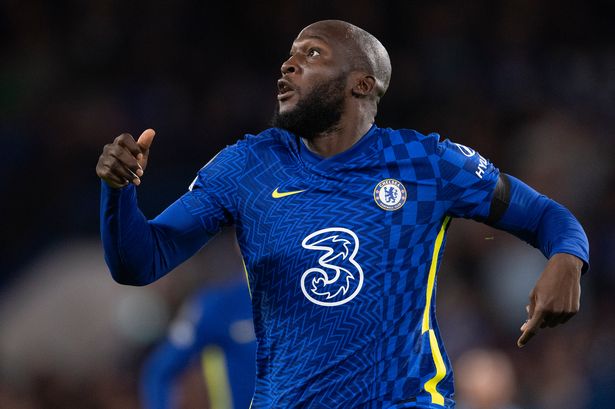 Romelu Lukaku Bolingoli is a Belgian International footballer born on the 13th of May 1993 and currently plays for English Side Chelsea F.C.

He is currently one of the top players in Premier league football, but that isn’t all that there is to the big man, as the Biography will reveal.

Romelu was born to Roger Lukaku and Adolphine Bolingoli Lukaku in Antwerp, Belgium.

Romelu is Roger’s eldest child. He also has another son, Jordan Zacharie Lukaku Menama Mokelenge, a footballer born on the 25th of July 1994.

Romelu’s father, Roger, was a former footballer who started his football career in Zaire, in the Democratic Republic of Congo.

He later went to Cote d’ Ivoire to play before returning to Congo in 1990.

At the time, Congo was ruled by a dictator Mobutu Sese Seko who, with his insufficient policies, drove the country’s economy down with its bad reforms and political chaos.

The dire situation in the country triggered the civil war out in 1992.

As a result, Roger Lukaku had to flee the country with his wife Adolphine, and with the help of his uncle, settled down in Belgium, where he started his career in the lower leagues.

Adolphine got pregnant after some time and had Romelu and Jordan in Belgium.

While in Belgium, Roger started playing football for small teams in Belgian’s lowest league, such as FC Boom, and he earned a little to cater to the family’s rent and basic needs.

However, Roger could not put a lot aside in terms of saving, which made life very difficult for him and his family when his career suddenly came to an end in 1999.

Without football to give him money, he opted to invest the little he had in a business scheme that eventually turned out to be a failed investment, and the consequences were biting to the extent he and his family found it difficult to feed.

Romelu’s mother, Adolphine, was a full-time housewife and couldn’t help the situation.

She, however, helped in salvaging the problem by borrowing bread from a nearby bakery until the company stopped lending when she couldn’t clear her mounting debt.

The Lukaku’s got so poor that they couldn’t provide breakfast for their family, and the lunch they had mainly was bread and milk.

The milk was heavily diluted with water by Adolphine to favor quantity over quality to be sufficient for the family.

They lived without electricity and water for weeks which caused Romelu, who had started football classes, to skip taking his bath before going for his football training.

On special occasions, His mother, Adolphine, would sometimes use the gas to boil water for the family, and the Lukaku brothers would pour the water over their heads to help warm them up.

During these challenging times, everyone close to the Lukaku’s turned away except Mrs. Frans, Vinnie’s mother, who understood what they were going through.

She tried to support them as best as she could, and her effort went a long way in alleviating their state.

Fortunately, Roger was able to get a job with FC boom, the club he last played for before retiring, and he was made a trainer in the academy.

The appointment earned him a small car and rent for his home.

Roger’s new job did a great deal in relieving the family’s lives as they could afford electricity and a level of normalcy on their food choice.

However, the salary was still too meager to lift the family out of poverty and only cater to their basic needs.

Also, Roger occasionally sent money home to his family, who were going through hardship in Congo.

Romelu remained focused on his training and eventually started school when he was six alongside his best friend, Vinnie Frans.

The admission allowed him to meet kids of different backgrounds and financial affluence.

However, Romelu did not really do great at school as he preferred playing football and very quickly lost focus and concentration when in class.

Additionally, Romelu was bigger than most kids in his class due to his genetics, making him very easy to spot by teachers and an easy target for racist remarks and taunting.

Every time a fight broke out, he got blamed and punished for his big frame, which gave teachers the impression that he was the bully.

Fortunately, Lukaku grew past his high school days and entirely focused on his football career in Belgium before receiving recognition from outside his country shores.

In the early days of Romelu Lukaku’s career, he was in a relationship with Julia Van Denweghe, who he posted severally on social media.

They were usually pictured in public watching matches together.

However, the duo is no longer together as Romelu and Sarah Mens, a Belgian model, welcomed Romeo in December 2018.

Romelu and his Girlfriend kept the birth of Romeo private, and it was later on Romelu commented about him having a son on his second year birthday On the 18th of December 2020.

Romelu and Sarah Mens are no longer together.

Romelu Lukaku has a house in the Greater Manchester area with a home cinema, a jacuzzi, a table tennis room, a gym, a recording studio, and a swimming pool.

In July 2021, Romelu Lukaku signed an ambassadorial deal with Maserati. He also signed a yearly agreement with Nike worth 1.5 million dollars.

Romelu Lukaku has enjoyed a successful career with different cubs and currently plays with Chelsea.

He signed a contract with Chelsea to mark his return to the club, dubbed the second coming.

His salary at the club, as it stands, is 16.9 million pounds, making him one of the highest-paid players on the team.

Romelu commands a reasonable market price and currently has a market value of 100 million pounds.

According to insider sources, his release clause is just as high, and any club willing to steal his signature will have to appease the English giants with the Buyout.

Romelu has played in several clubs and won titles in some.

He has earned a lot throughout this spell, and he is currently estimated to have a net worth of 53 million pounds.

NNL: ABS set to beign preparation ahead of the new season