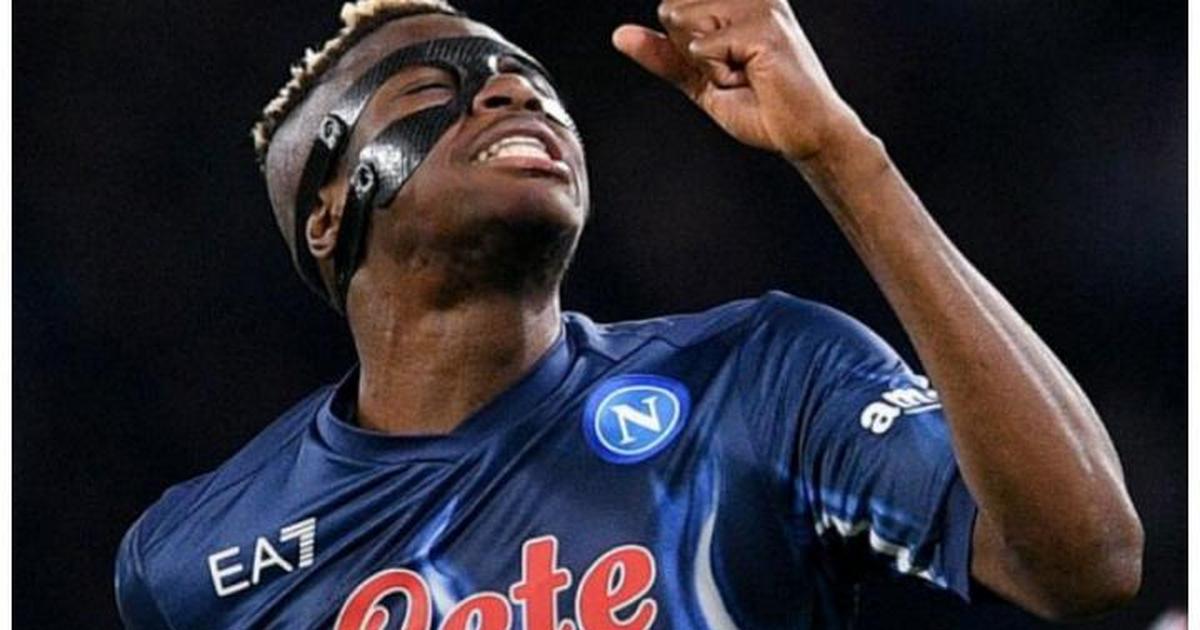 Napoli frontman, Victor Osimhen has been ranked second as the player with the highest shot on goal so far in the Serie A this season.

The Super Eagles striker, who has been in blistering form for Napoli since returning from injury, scoring in all his appearances, finished second behind Inter Milan’s Lautaro Martinez.

So far this season, the Nigerian has had 15 shots on goal to play second fiddle to Martinez who had 18 shots on goal.

Osimhen’s teammate at Napoli Khvicha Kvaratskhelia had 13 shots on target in Serie A and both were among the top five in the ranking.

Martinez is in the lead with 18 shots, then at 15 like Osimhen include Sassuolo‘s Davide Frattesi and Roman’s Tammy Abraham, and, then in 14 shots are Spezia M’Bala Nzola, Inter’s Edin Dzeko and Lazio’s Ciro Immobile while Kvaratskheli had 13 as well as Juventus’ Vlasic.

Osimhen was recently voted as the Emerging Player of the year at the 2022 Globe Soccer Award in Dubai, United Arab Emirates (UAE) beating off competitions from the likes of Musiala Jamal, Bukayo Saka, Gavi, and Pedri.