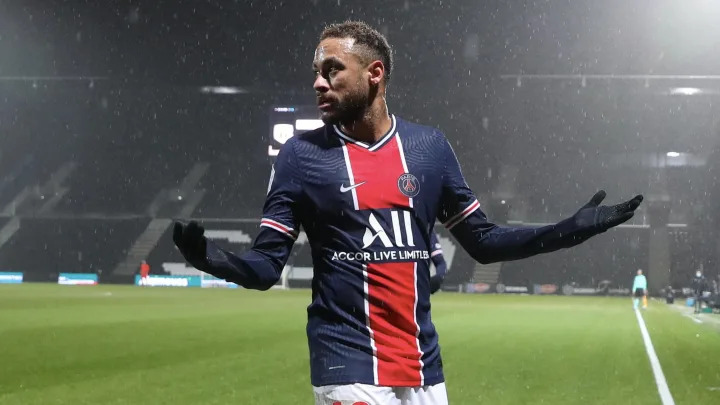 The owners of Paris Saint-Germain ‘want rid’ of Neymar, which is far more damning than just wanting to sell., that’s according to journalist Romain Molina, via Get French Football News.

It suggests a complete overhaul of their thinking, considering he was previously thought of as the man, along with Kylian Mbappe, to bring European success to the club.

Getting rid of Neymar would surely result in a huge overhaul of the team, especially with Mauricio Pochettino expected to leave.

It is highly unlikely that the Parisians could get their money back for the former Santos star, seeing as they’re the only team who could afford such a fee, especially in a post-Covid world.

The forward signed a new deal at the Parc des Princes last year, keeping him there till 2025, which is reportedly worth £554,000-per-week, which would be another sticking point in moving him on.

He has had numerous medium-term injuries whilst playing in the French capital and has often missed key games in Europe during that time.

The 30-year-old has still scored 91 goals in 135 appearances, a better rate than he did for Barcelona, but he hasn’t been able to turn PSG into European champions.

The team’s latest elimination from the Champions League came at the hands of Real, with club officials so annoyed at the awarding of the Spanish side’s first goal that the club president stormed the referee’s room.

Reports claimed that Gianluigi Donnarumma’s mistake in the build-up to the goal caused an argument between the goalkeeper and Neymar, but the Brazilian denied it was the case.