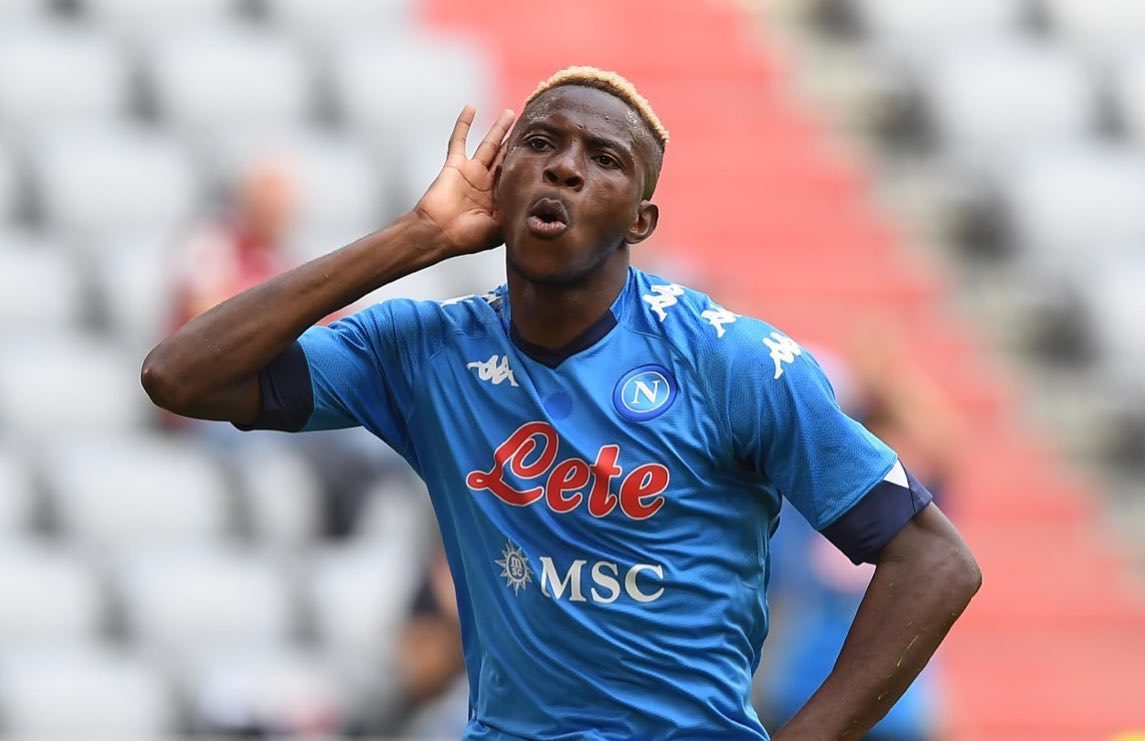 Super Eagles striker Victor Osimhen has been linked with a move away from the Diego Armando Maradona Stadium this summer.

According to transfer market expert Nicolo Schira, the Magpies are ready to pay over €70m for the services of Osimhen.

Newcastle are hoping to compete with the best football clubs in Europe after being bought by a group led by Saudi Arabia’s sovereign investment fund.

They have already shown their intent in the January transfer window, but they are not done yet. The Magpies are hoping to land the best players and have identified Osimhen as one of their targets.

Newcastle were reportedly linked with a move for the Nigerian along with Fabian Ruiz.

The Premier League club were ready to pay €70m for the Nigerian but could not agree a deal with Napoli.

They are now ready to return with an improved offer for the 23-year-old this summer.

However, they may still find it difficult to convince Napoli to sell their most expensive player.

The Neapolitans bought Osimhen for a club and African record fee of €81.3m from Lille in 2020 and are not considering selling the Nigerian.

Osimhen has been key to Napoli’s title quest in the Italian Serie A this season despite missing two months of action.

The Neapolitans currently sit second on the table, and Osimhen has played a massive role.

The Super Eagles star currently has 11 goals in 20 league matches this season.

And with three years left on his current contract, Napoli are not considering selling their talisman this summer.

The Neapolitans are reportedly considering extending the Nigerian’s contract with an improved wage to rebuff potential suitors.