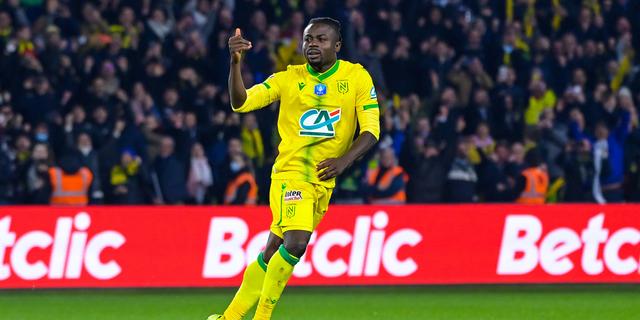 The award is given to the top African player in France’s topflight league every year in honour of the late Cameroonian international, who collapsed and died of heart failure in his side’s semi-final match against Colombia during the 2003 Confederations Cup in France.

Hakimi, Bayo and Simon are top contenders for the Marc-Vivien Foé award.

Bayo is currently the top-scoring African in Ligue 1 with 10 goals, while Simon leads the assists ladder (seven) and Hakimi has been impressive with PSG this season, after joining from Inter Milan in the summer.

Simon has been impressive for Nantes this season, scoring three goals and providing seven assists and helping his side to the eighth position in the league.

Vincent Enyeama scooped the Marc-Vivien Foé award in 2014 during his time at Lille, while Victor Osimhen was a recipient in 2020 during his lone season at Lille.