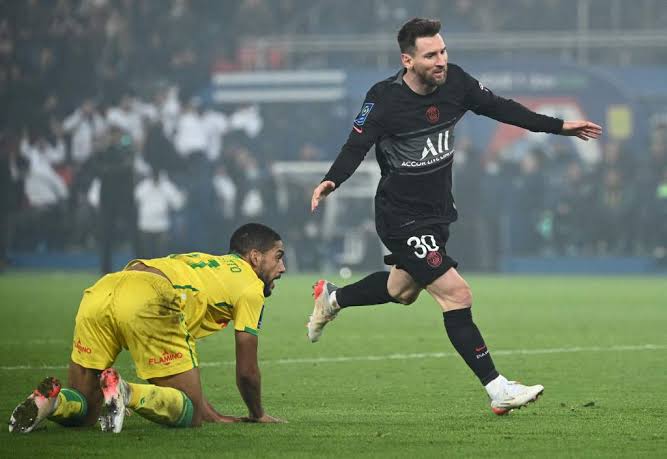 Messi’s teammate Kylian Mbappe had already put Paris Saint Germain ahead with an early goal, before the host were reduced to 10 men when Keylor Navas raced from his box to foul Ludovic Blas.

Nantes got back into the game via Randel Kolo Muani’s back heel goal, but the visitors couldn’t hold on to that as Dennis Appiah’s own goal and Messi’s outside curl secured three point for the Parisians club.

Lens who’re placed second in Ligue 1 will play away from home on Sunday against Brest, should they pick all three point they will stay closely with Paris Saint Germain on the table.