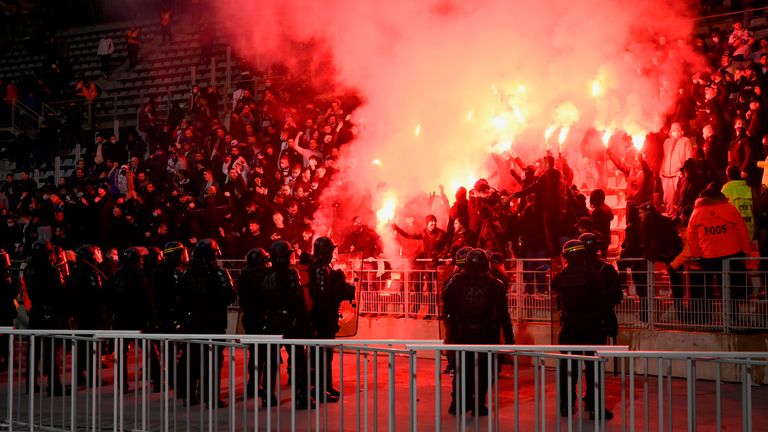 Lyon and Paris FC have been thrown out of the French Cup after their match was abandoned earlier this month due to crowd trouble.

The game at Paris FC’s Stade Charlety on December 17 was interrupted by incidents in the stands, fans on the pitch and flares thrown.

It was abandoned at half time when the score was 1-1.

On Monday, the FFF’s disciplinary commission fined Lyon €52,000 while second tier Paris FC were handed a €10,000 fine with Lyon fans barred from attending away matches in domestic competitions for the rest of the season.

The Ligue 1 club also received a suspended ban from the French Cup for the 2022-23 season with a warning that they will be thrown out again if their fans are guilty of violence which results in the match been abandoned.

As a result of the decision, Nice progress directly to the last 32 of the French Cup with Lyon docked one point in Ligue 1 after their home game against Marseille was abandoned last month after Dimitri Payet had been hit by a bottle thrown from the stands.