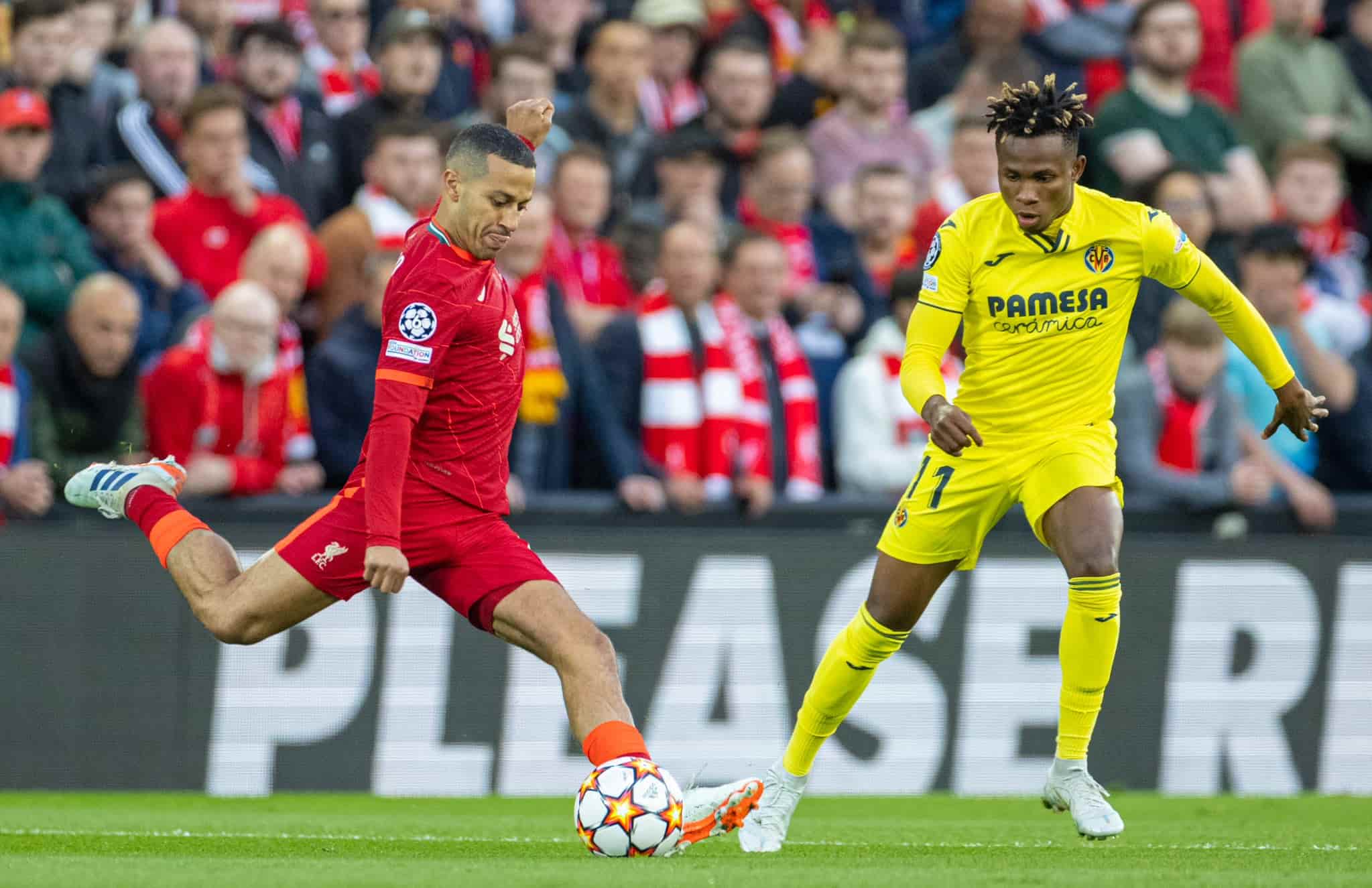 Super Eagles star Samuel Chukwueze could not influence the game, even though he saw 71 minutes of action, as Liverpool secured a hard-fought 2-0 victory over Villarreal in the first leg of their Champions League semifinal tie.

It was a night of broken records at Anfield, as Chukwueze became the first Nigerian to start a Champions League semifinal tie since Mikel Obi for Chelsea against Barcelona in 2012.

The trip to Merseyside was always going to be tough for Unai Emery’s lads. Still, after their previous triumphs over Juventus and Bayern Munich, the Yellow Submarine could be excused to dream.

Villarreal put up a valiant defensive show in the first half, blocking everything the Reds threw at them.

Goalkeeper Geronimo Rulli had a tough assignment in goal, and he had to make four saves to keep his side in the game.

However, the second half proved to be the decider for Jurgen Klopp’s men. In an attempt to clear a cross, Pervis Estupinan inadvertently played the ball in his net to put Liverpool ahead in the 53rd minute.

Then two minutes later, Mane struck from close range to give his side a two-goal cushion.

Villarreal did not give much going forward, as the forward line was more occupied with defensive duties than offensive ones. Chukwueze had little space to run into.

The Super Eagles star had just 14 touches in the game, and he lost possession eight times.

Chukwueze was taken off for Boulaye Dia in the 71st minute.

Liverpool held out for the 2-0 victory, setting the ground for an explosive tie when both teams clash at the Estadio de la Ceramica next week.