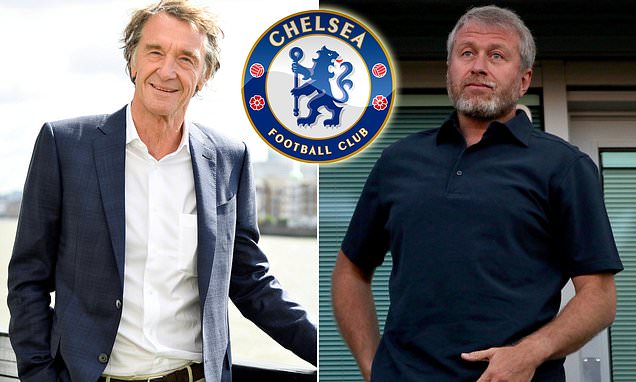 Sir Jim Ratcliffe has finally come out to react to claims of him buying Chelsea Football Club.

The British billionaire was heavily speculated to be one of many parties interested in purchasing the club from current owner Roman Abramovich.

The Russian announced he has put the club up for sale amid heavy scrutinisation about his links to Vladimir Putin, amid Russia’s invasion of Ukraine.

However, his 19-year stewardship at Stamford Bridge is set to come to an end with the club now accepting bids from prospective buyers.

But one of those will not come from Ratcliffe as a spokesperson for the richest man in Britain confirmed he is not interested in the prospect of buying the reigning Champions League holders.

Reuters understands a representative of Ratcliffe reached out and said there is “no substance” to reports that he was considering a bid for the west London club.

It is also believed the Russian billionaire has already rejected a £2.5billion bid for the club. Moreover, Swiss billionaire Hansjorg Wyss claimed he had been offered the chance to buy the club.

Klopp Reveals Who To Sign As Salah Or Mane’s Replacements