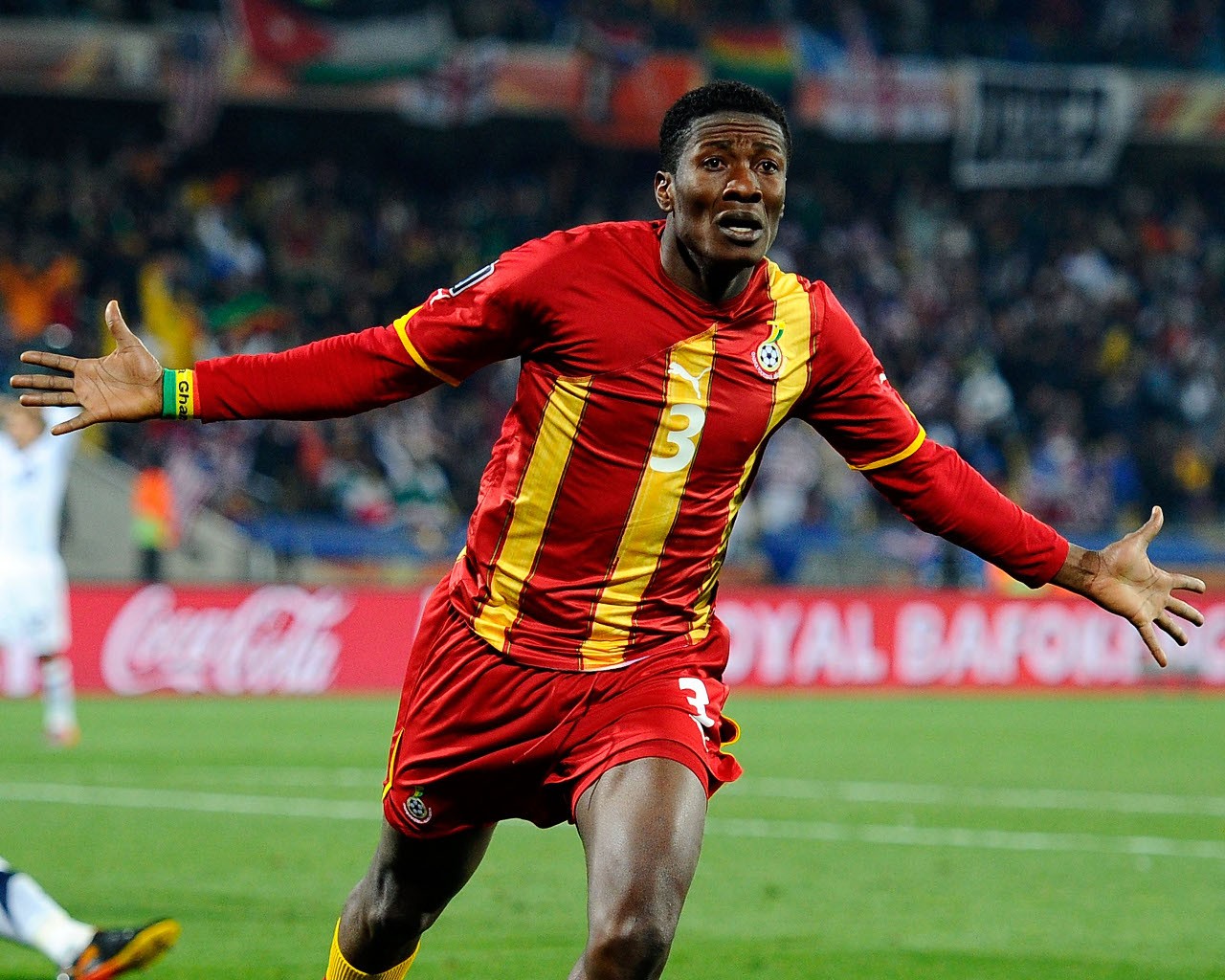 The Crystal Palace star is the son of Ghana’s former captain, Abedi Pele. His other two brothers are André, who is also on this list of Ghana Black Stars top goalscorers, and Ibrahim Ayew. Jordan scored his first and second international goals for the Black Stars in a 2014 World Cup qualification match win against Lesotho, at the Kumasi Sports Stadium in Kumasi, Ghana. He got his first senior appearance for Ghana during a 3–0 2012 AFCON Qualification match win against Swaziland, at the Somhlolo National Stadium in Lobamba, Swaziland. He has since then gone on to earn 76 caps so far for the Black Stars, scoring 18 goals.

“The African Maradona” holds the record for most appearances at the Nations Cup Finals but never got the chance to play in any FIFA World Cup. As one of the greatest African footballers of all time, he played for several European clubs and won the UEFA Champions League in 1993 with Marseille. He earned 73 caps with the Black Stars and scored 19 goals before he hung his boots.

The ‘wizard dribbler’ was a joint top goal scorer in the 1965 AFCON held in Tunisia leading to Ghana winning the tournament for a second time, and he was the third-highest goalscorer in the 1968 AFCON. Kofi earned 25 caps for Ghana national team, scoring 19 goals before he retired in 1974.

He won his first senior cap against Slovenia in May 2002 and earned 84 caps for the Ghanaian national team. The former left-back was at two AFCON tournaments and three FIFA World Cups. Before he retired in 2014, Muntari scored a total of 20 goals for the Black Stars.

Mfum netted two goals in the final of the 1963 AFCON when Ghana won the title. He was the second leading goalscorer at the 1968 AFCON when Ghana finished as runner-up. From his 26 caps, Mfum scored 20 goals for the Black Stars.

The winger plies his trade in Qatar for Al Sadd and is the current captain of the Ghana national team. He has won the BBC African Footballer of the Year and Ghanaian Footballer of the Year. Ayew’s first cap for the Black Stars was in a friendly match against Senegal in 2007, appearing as a late substitute. He is the second most capped Ghana player with 103 appearances, scoring 23 goals.

The “Golden Boy” was part of the Ghana national team that won the 1978 AFCON and scored two game-winning goals, one against Zambia in the first round, and another one to defeat Tunisia 1–0 in the semi-finals. He was named African Footballer of the Year later that year. Razak appeared in a total of 62 international matches for the Black Stars, scoring 25 goals.

The former attacker is third Ghana Black Stars top goalscorers with 36 goals in over 130 appearances. Owusu died at the age of 74 on the 30th of March 2020, in Sunyani. He featured at the 1970 AFCON in Sudan, scoring three goals to help Ghana claim silver.

Acquah competed for the Ghana national team at the 1964 Summer Olympics. Mr Sputnik, as he was fondly called then, scored four goals for Ghana’s Black Stars in the 1963 AFCON. He is the only footballer that scored more goals than his appearances as he was capped 41 times but scored 45 goals for Ghana.

All Stadiums In Nigeria Listed With Their Capacity