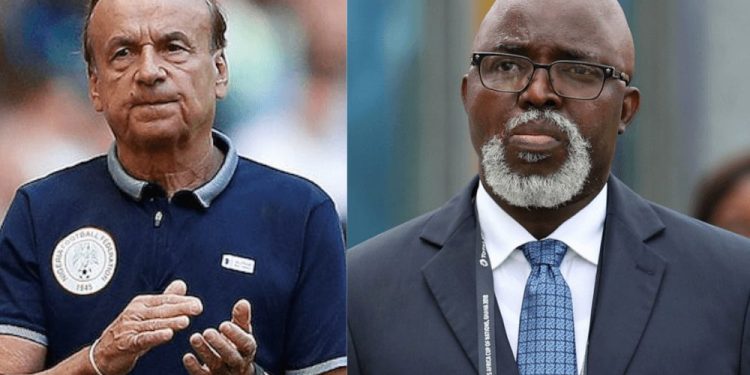 The Nigeria Football Federation (NFF) have been ordered by FIFA to pay former head coach of the Super Eagles, Gernot Rohr the sum of $380,000.

The money is compensation for Rohr, who the NFF sacked as the national team’s handler in November 2021.

Rohr was dismissed after five years in charge, with Augustine Eguavoen brought in as an interim replacement.

The German took his case to FIFA to demand £1million for breach of contract.

And the 68-year-old was granted $377,879.46 after a FIFA tribunal decided his claim was “partially accepted insofar as it is admissible”.

The ruling also stated that the NFF would be sanctioned if Rohr is not paid in full within 45 days.

Meanwhile, the President of the NFF, Amaju Pinnick, on Monday said the federation might appeal FIFA’s ruling to pay the Franco-German N156,819,975 in compensation after the federation parted ways with him last December.