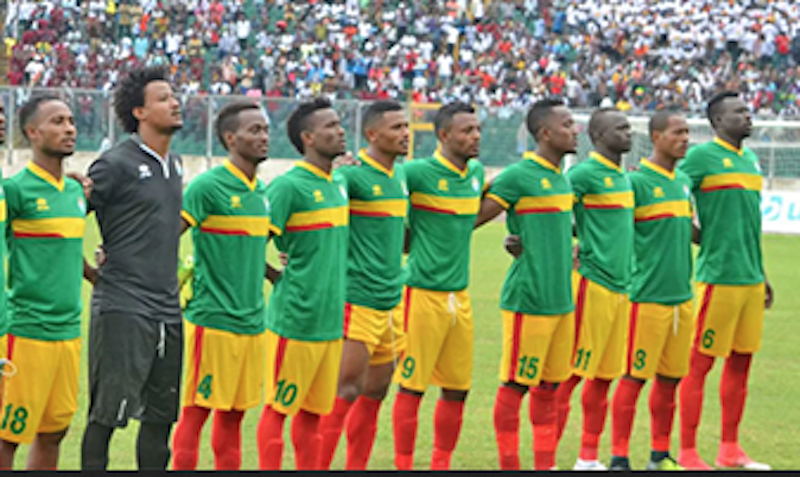 The Walya Antelopes of Ethiopia have arrived Cameroon ahead of the 2021 Africa Cup of Nations in Cameroon.

Sunday’s arrival makes the East Africans the first participating country to jet into Cameroon for the forthcoming tournament that will run from January 9th to February 6th.

The Ethiopians travelled to Cameroon with a 28-man squad after the country’s football federation, summoned three players to integrate the 25-man-squad initially selected for the continental showpiece.

The team left Addis Ababa after a farewell ceremony organized by the Ethiopian football federation and the country’s Ministry of Sports and Culture.

The delegation equally carried out Covid-19 tests as demanded by the tournament regulations to ensure safety, before departure after having also received blessings from religious authorities and Ethiopian mothers.

Captain Shimelis Bekele and mates will be spending two weeks in Cameroon to prepare the outfit expected to receive huge financial backing from the Ethiopian government.

The Ethiopian governments promised to give the team the most suitable conditions to prepare and participate in the 2021 AFCON.

Ethiopia managed by Coach Wubetu Abate will be making a return to the competition since its last appearance in South Africa in 2013.

The 1962 champions will be locking horns with five time holders and host Cameroon, 2013 finalists Burkina Faso and 2015 debutants and quarterfinalists, Cape Verde Islands.

A total of 24 nations will be competing in six groups to replace current holders Algeria who will also be in to defend their 2019 crown.

Super Eagles Can Compete With The Best At AFCON – Augustine Eguavoen

Premier League Players Can Stay Until January 3 Before AFCON – CAF