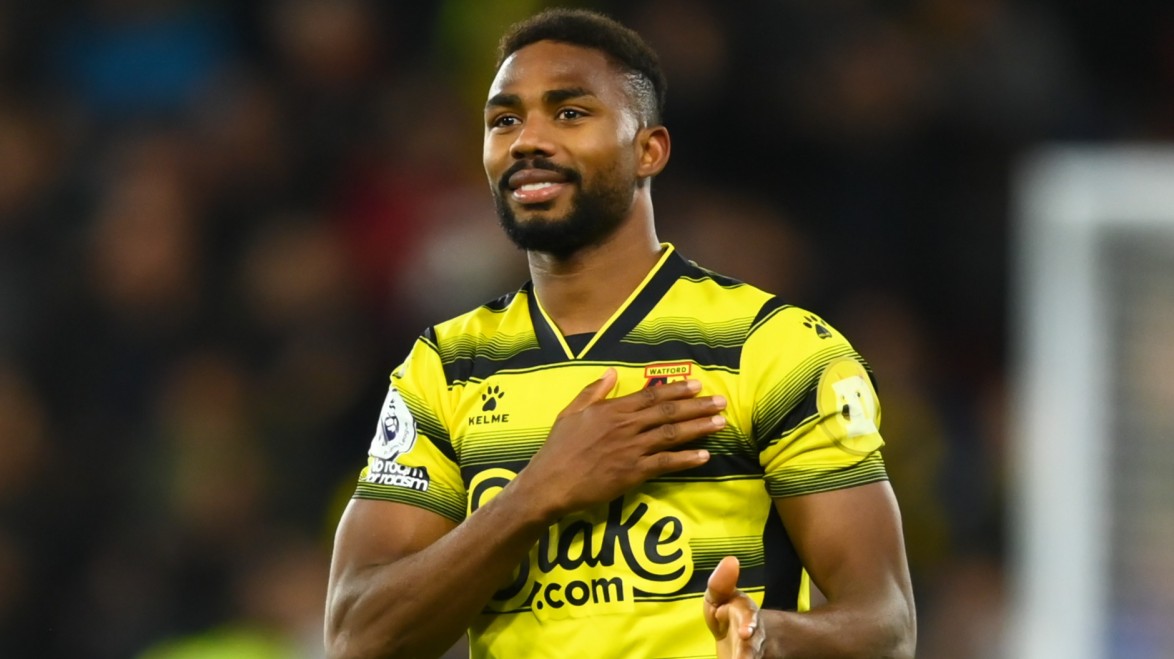 Emmanuel Bonaventure Dennis is a Nigerian footballer who plays for Watford. He was born in Yola Adamawa State, Nigeria, on the 15th of November 1997 to Mr. and Mrs. Emmanuel.

Dennis has proven in modern times that aspiring African footballers can achieve their dream even when it seems like all the odds are against them.

The Emmanuel family already had the eldest son, making Dennis their youngest child and son.

Dennis started playing football for fun with other children in his neighborhood.

At that time, his football skills weren’t the best among his friends.

According to Dennis, ten golden rules guided the street football game he and his friends played, and he listed them as follows:

1)The fattest among them is the goalkeeper.

2)The owner of the ball is in charge of choosing his teammates.

3)The game is officially over if any of their father returns home from work.

4)They can play the game in the rain, but it ends when everyone gets tired.

5)If the owner of the ball gets angry, it causes the game to end.

6)Anyone who is always the last to be chosen by any team is not good at the game, and that child was usually Dennis.

7)The game has no linesman or referee, which means anyone can decide to run away with the ball during the game.

8)They played the game barefooted, and anyone who wore a boot could not join in the fun.

9)Any boy who wasn’t chosen to join a team usually helps get the ball if it gets stuck in a tunnel or in the bush that officially makes him part of the next game.

10)The game ends if it gets kicked into a crazy neighbors’ compound.

These rules made the game fun for Dennis and his friends.

While growing up, Dennis’s family was a middle-class type that couldn’t provide their children with the luxury of life, and as such, Dennis didn’t bother so much about things his parents could not afford. He instead gained satisfaction from playing football and was plain carefree.

When Dennis was of age, his parents registered him in one of the primary schools in the neighborhood, and Dennis decided to focus on his academics instead of football as he wasn’t so good in the game after all.

He agreed with his parents to finish school with good grades and go to a seminary school to become a reverend father/priest. However, the future held other plans for him.

With consistent training over the years, Dennis’s football skills started improving, and on some occasions, passersby would applaud his football performance.

Some would even give him some words of encouragement as regards his football talents and skills. However, Dennis’s parents soon realized that their son was good at football, and staying in their locality in northern Nigeria would do him no good.

So they sent Dennis to the nearest football academy they know in Abuja.

In 2010 at the age of 13, Dennis joined Academia di Abuja where his football skills were nurtured.

His mother was worried about Dennis’s wellbeing in the Academy as he was all by himself without any family member, but she had no choice but to keep praying for him.

Dennis spent six years developing and improving his football skills in the Academy, which was tough on the lad.

Fortunately, Dennis’s hard work paid off, and in 2016, he signed a football deal with Zorya Luhansk, a Ukrainian Premier League club.

He performed exceptionally with the club’s senior team, which got the interest of Manchester City.

Although the deal didn’t work out, it further proved that a bigger club would come begging that Dennis becomes part of their team in a matter of time.

After another season with Ukraine following his failed deal with Manchester City, Dennis joined club Brugge with a four-year deal for a 1.2 million Euros fee.

Dennis created a beautiful career with Brugge and even scored two goals in the 2019/2020 UEFA Champions League match against Real Madrid, which made him celebrate the goals by mimicking Cristiano Ronaldo, his role model.

Dennis had told his friends before the match that he would score and celebrate like Cristiano Ronaldo, but they doubted him, which caused them to have a bet, and in the end, he proved himself with the goals.

In 2020, tragedy struck Dennis’s family as his eldest brother Popti, an athlete, after being a victim in an ill-fated boat that capsized just ten days before Christmas.

Dennis was able to move from the disappointment and sadness and again focus on his career. In July 2021, the footballer joined Watford for a 4.4 million fee, and since then, he has been a consistent feature in the team and has scored a crucial goal against Manchester United while playing dominantly against other top EPL teams.

While Denis is undoubtedly handsome, he manages to keep his life private, making it difficult to ascertain if he has a girlfriend.

He has never been pictured posing with any lady and has never mentioned anything about having a girlfriend.

When it comes to his cars, Dennis is quite open with that.

The footballer has once posted a picture of an expensive car which means he lives a good life just like other footballers.

He has also posted a photo of himself inside a private jet. However, there was nothing to incline that he owns the aircraft.

Dennis has never stated if he has a house, and apart from the car he posted, he has never been spotted with another. 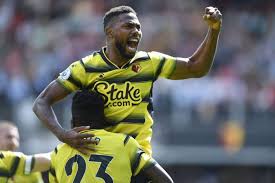 Dennis is an established and well-known forward with Watford and, as such, is one of their best earners.

However, his contract is confidential, and details of his earnings are not available online. The Nigerian, however, commands quite a value in the market.

His market value is placed at 5 million euros.

Dennis is estimated to have a net worth of 5 million euros. However, this is expected to improve with time as he furthers his career as a top player.