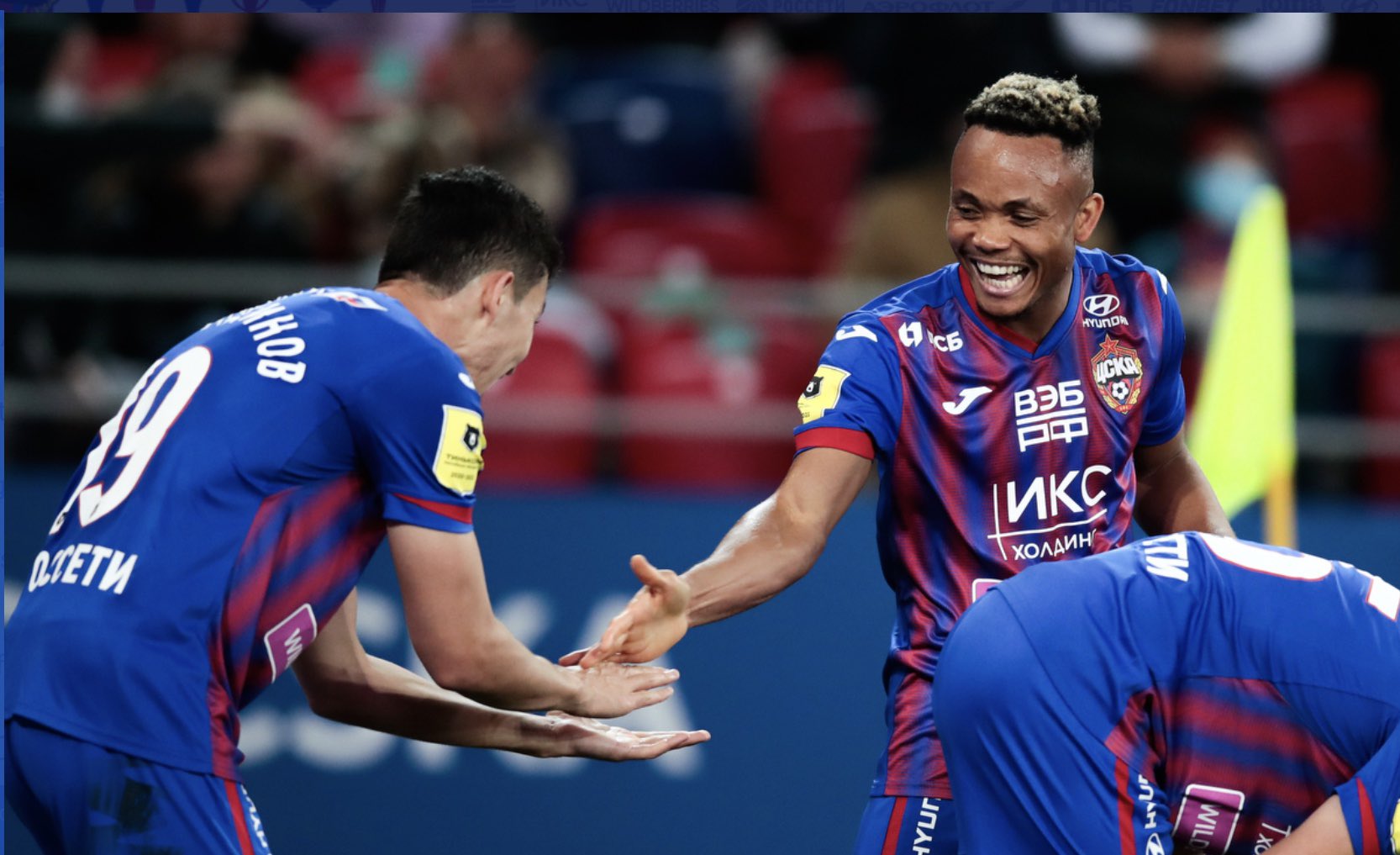 Nigeria winger Chidera Ejuke has has won the CSKA Moscow Player of the Month award for the third consecutive time this season.

Ejuke previously picked up the individual prize for August/September and October.

The Russian Premier League side have now announced him as the winner again for the month of November.

The 23-year-old has scored four goals in 16 league appearances for CSKA this season.

Ejuke is expected to be named in Nigeria’s squad for the 2021 Africa Cup of Nations in Cameroon.

CSKA are sixth on the league table with 24 points.