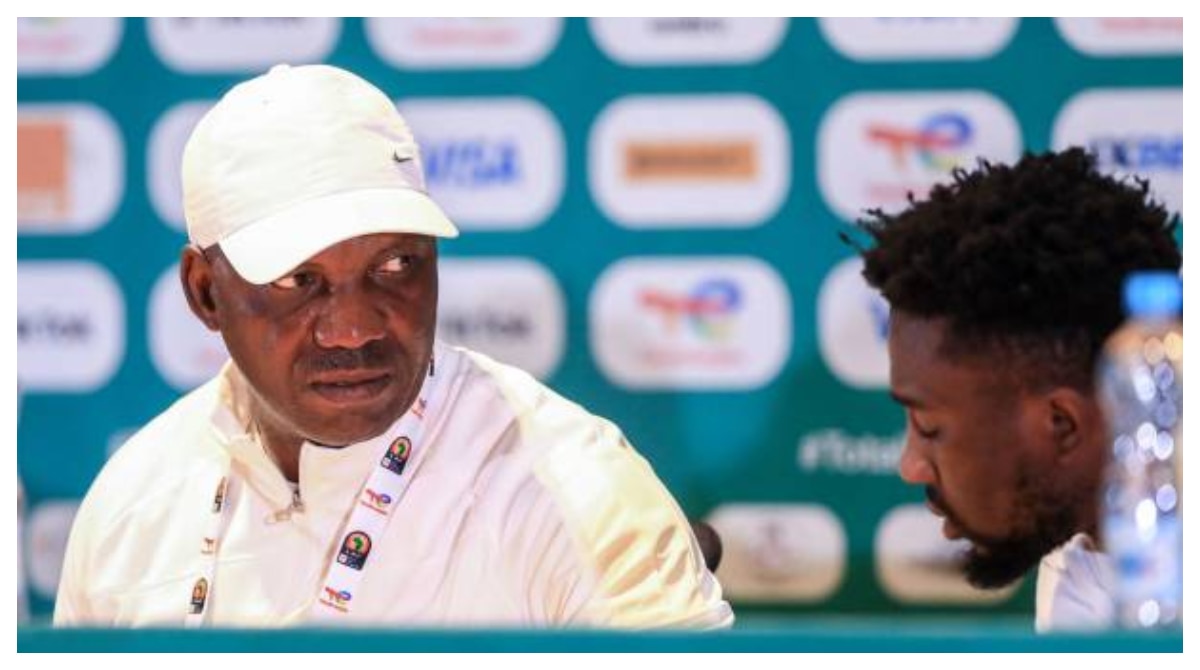 Super Eagles coach, Augustine Eguavoen may be forced into making two changes to the team that faced Ghana in the first leg of their 2022 World Cup playoff last week.

According to OwnGoalNigeria, Innocent Bonke picked up a hamstring injury during the game and is expected to be out of action for up to three weeks.

Recall that Bonke was brought in to replace injured Wilfred Ndidi in the Super Eagles squad.

Villarreal winger, Samuel Chukwueze, could only be unavailable for the reverse fixture at the Moshood Abiola Stadium in Abuja.

Chukuwueze also suffered a muscular injury during the match in Kumasi last Friday.

Oghenekaro Etebo or Onyeka Frank will start against the Black Stars in Bonke’s absence, while Eguavoen has Dennis Emmanuel and Ademola Lookman to choose from if Chukwueze fails to recover.

The first leg of the tie ended goalless.