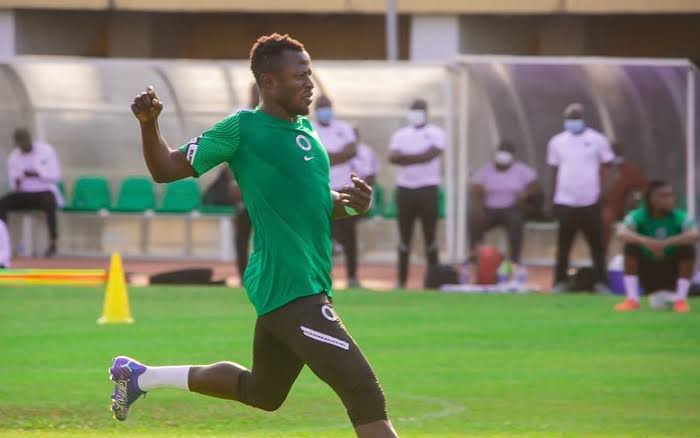 Ahead of Super Eagles 2002 World Cup playoff games against Ghana, Nigeria’s interim coach, Austine Eguavoen has opened talks with Lorient’s Innocent Bonke on filling the void created by the injury on Wilfred Ndidi.

Ndidi is likely out of both games but instead of reaching out to Ogenyi Onazi who was the place on the standby list, the technical crew decided to go for Bonke who has excelled since joining Lorient from Swedish side Malmö.

The 26-year-old defensive midfielder will arrive camp next week ahead of the first leg of the playoff on the 25th in Kumasi.

Bonke won’t be the only player added to the squad with Chidozie Awaziem also set to take the place of Kenneth Omeruo who is also out injured.

Meanwhile, Leicester City’s Ademola Lookman is now a huge doubt for the game as he was named in their squad for the English Premier League game against Brentford.