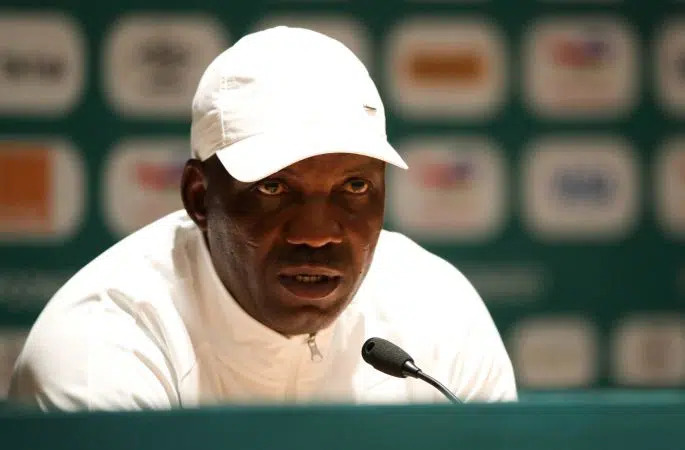 Interim head coach of the Super Eagles, Austin Eguavoen has identified the area his team need to improve after failing to beat the Black Stars of Ghana in a 2022 FIFA World Cup qualifying playoff first leg fixture.

Eguavoen watched as his side held the Black Stars to a goalless draw in Kumasi on Friday night.

Speaking during his post-match press conference after the game, Eguavoen said Nigeria need to work on their reaction after an action, to get behind the ball.

He said: “Organization was very good, for the fact that Ghana moves the ball really good.

“But we organized, we were in position, we combined well in all the lines, but the only thing is that we did not react quickly after an action and that is something we have to work on, try as possible to get behind the ball because you cannot let Ghanaian freedom on the ball because technically they were very good.”

He added, “We wanted to win the game and if we could not get the win, at least settle for a draw. That is exactly what happened.”

Next up is the reverse fixture that will take place at the Moshood Abiola Stadium in Abuja, on Tuesday.