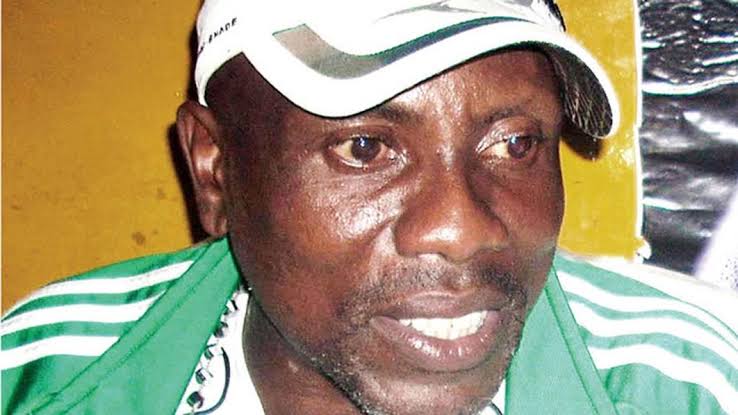 Former Nigerian midfielder, Etim Esin, believes Gernot Rohr is just a part of the problems being faced by Nigeria’s national team, and berates the NFF for the recent poor outings of the Super Eagles.

Following last Tuesday’s 1-1 draw with Cape Verde at the Teslim Balogun Stadium in Lagos during the FIFA World Cup Qualifiers, Rohr’s situation has become a major topic in the media with calls for his sack getting more intense.

But Esin, who represented Nigeria in six FIFA World Cup qualifying matches, insisted that the problem would persist even if Rohr is sacked because the root cause of the crisis wouldn’t have been tackled.

He said it was easier for the NFF to make Rohr a scapegoat but results are unlikely going to change after the man may have gone largely due to the dereliction of duties by the custodians of football in the country.

Etim Esin in a comprehensive interview with the newtelegraph, said it was harsh to think about sacking Rohr because he had not breached any parts of the terms of his contract. He said the German coach was given a target and he hasn’t failed to deliver.

“I don’t understand the noise about sacking the coach; he was given a mandate and you can see that he hasn’t failed, you want him to qualify for the World Cup, he is at the final stage of the qualification already.

“He has qualified the team for the Nations Cup, so what is the problem. They know if they have to fire him, they will pay a lot of money.”

“Personally, I don’t think the Eagles are playing well, I can’t be proud of the team I saw on Tuesday because there was no teamwork, cohesion and they couldn’t even string three passes together. But then, the most important thing is a result; how will you feel if the Eagles played well and still couldn’t get to the next stage of the World Cup qualifier.”

“So, I would have suggested that the NFF should just wait till after the Nations Cup before they sack the man if he doesn’t deliver as his contract stipulates,” he added

The 55-year old Nigerian legend further stressed that the real value of any footballing nation is the viability of its league, saying since the administrators have neglected that aspect of Nigerian football, it will take a toll on all facets of the game including the national team.

His words: “They will collect close to $10 million from FIFA as largesse from the World Cup, what stops them from investing half of that in local football.”

“We are making money but we aren’t doing the right investment and we want our football to grow. We were one of the best countries in age-grade football but in the last five years what have we won at the junior levels,”

“We were not even qualifying for these tournaments let alone win them and we want to be the best in Africa. I think it is a shame, the way we are running football here; we abandoned grassroots football and our league because we felt we could get players who were born abroad, you can’t cut corners and expect not to reap the rewards,” he said.

Etim continued and that the neglect of football development in the country brought about Nigeria’s over-reliance on players who are born abroad, saying the allegiance of these stars to the country is always in doubt with the way they play.

“There was no hunger in the players that we saw on Tuesday; they don’t have passion for the country because they were not born here, they don’t know what it takes to wear that green white shirt. Look at the way Victor Osimhen played; he was passionate, you could see the fire in his eyes because he is a proper Nigerian.”

“They gave a number 10 jersey to someone whose performance never merited that respected number. It pained me that the jersey that Henry Nwosu, myself, Austin Okocha and Mikel Obi wore is being messed up that way,” he lamented.

Rohr is not entitled to any $2million – NFF