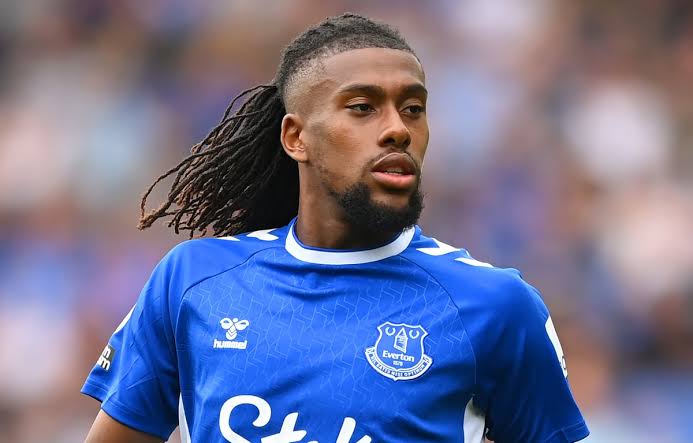 Super Eagles star, Alex Iwobi is presently considering his future at Everton with his representatives putting him under pressure to quit the English Premier League side for a team in the UEFA champions League.

The Nigeria international midfielder ended last season on a high and this season can easily be in the conversation for the best midfielder in the league after 13 rounds of games.

Iwobi presently has five assists and one goal for the Frank Lampard tutored side.

With two years left to run on his deal, Ewobi’s representatives are not keen on an extension, and they have already started sounding out teams over his availability from next season when he will have a year to run on his deal.

NaijNaira however understand that Iwobi isn’t entirely sold out on the idea but he is also keen on once again playing in the UEFA Champions League, which his representatives are saying is a possibility if he accepts to leave.

Ligue 1 side Monaco have been reported to be monitoring his situation at Everton but they are one of the few teams who meet the criteria for his next possible destination, as they are regulars in the UEFA Champions League in the last few years.

Related Topics:Alex IwobiEvertonPremier League
Up Next

Chelsea have never attempted to re-sign me – Eden Hazard

“Whoever talked about Osimhen departing Napoli made a mistake” – Agent