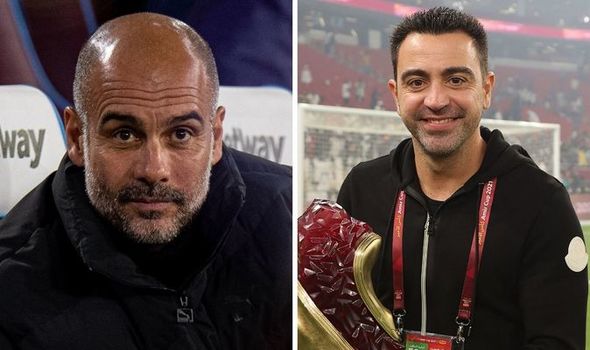 Manchester City boss Pep Guardiola has urged new Barcelona coach Xavi to build his own template if he must succeed.

Although Xavi was full of praise for his former coach during his introductory press conference, Guardiola isn’t keen on comparisons between the two.

“I wasn’t the heir to anybody and Xavi doesn’t have to be my heir,” Guardiola said at a charity golf tournament, held to raise funds for Juan Carlos Unzue’s fight against ALS.

“If Joan Laporta and the board have chosen Xavi then it’s because there are millions of pros and few cons.

“He knows the club and will bring positive energy, given how he enjoys football and because of his dedication. He always sees the positive side of things.

“With his class, dedication and effort, I’m sure he’ll improve the club’s situation.”