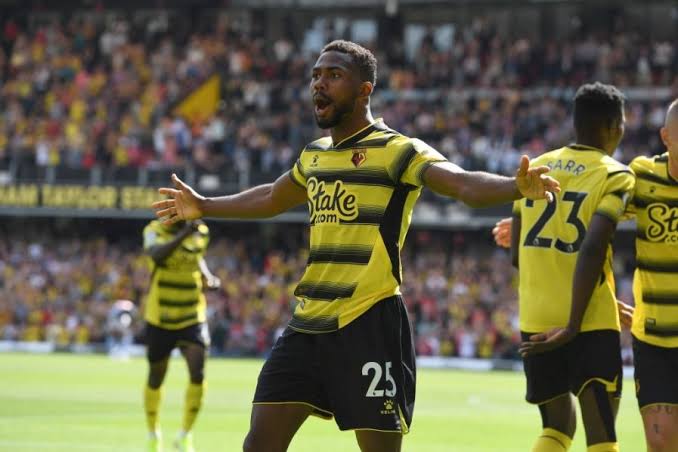 The duo of Emmanuel Dennis and Taiwo Awoniyi could be heading to Cameroon next month for the AFCON, after been included in the provisional squad for the tournament.

Following the injury to Paul Onuachu and with Victor Osimhen still a doubt for the competition, there is a need for other in form strikers to be drafted into the team.

As expected it is confirmed that Dennis has been named in Nigeria’s provisional squad for the tournament that kicks off in Cameroon on January 9, 2022.

Interim boss Eguavoen will also make a decision on Awoniyi, who has also been named in the squad set to be announced by the Nigeria Football Federation in the coming days.

While Onuachu and Osimhen are still out injured, the inclusion of Dennis and Awoniyi is not to act as cover for the injured players ahead of the competition.

A training camp will be held in Nigeria to cut down the list of invitees to the maximum twenty eight players, which Nigerian would be expecting to see the in form duo of Dennis and Awoniyi in the final squad.