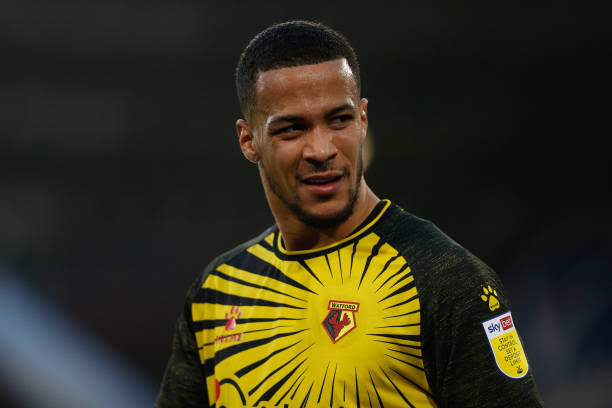 English Premier League side, Watford, has congratulated its Nigerian contingents who were in action for the Super Eagles in the just concluded FIFA World Cup Qualifiers.

Nigeria sealed the play-offs spot following a 2-0 win against Liberia in Morocco and a 1-1 draw with Cape Verde at the Teslim Balogun stadium on Tuesday.

William Troost-Ekong and The Hornets’ new signing, Maduka Okoye were in action during the Super Eagles’ double header clash against Liberia and Cape Verde.

The Premier League side wasted no time in congratulating both Ekong and Okoye on their social media handles.

“Nigeria are through to the 2022 World Cup play-offs”

“Congratulations to @WTroostEkong and to future Hornet @OkoyeMaduka! “Watford wrote on their Twitter handle.

I Never Bribed My Way Back Into Super Eagles – Ighalo