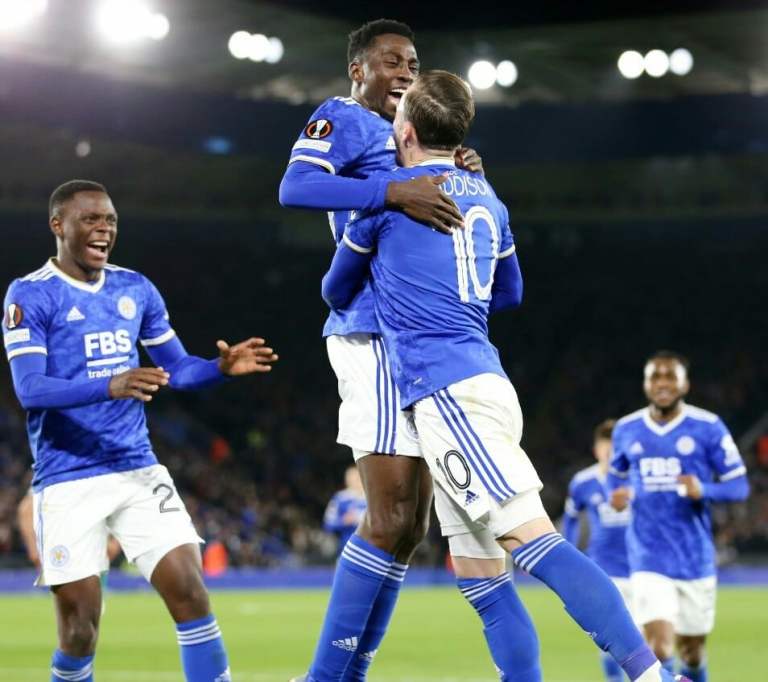 For the first time in ten months, Wilfred Ndidi scored a goal for Leicester City during the matchday five of the UEFA Europa League Group C tie against Legia Warsaw, having last scored for The Foxes in January against Chelsea.

The Foxes thrashed Legia Warsaw 3-1 to move to the top of the Group C with goals from Patson Daka, James Madison and the Nigerian midfield general, Wilfred Onyinye Ndidi.

Legia Warsaw would reduce the deficit in the twenty-sixth minute when Çağlar Söyüncü comically headed onto the arm of Wilfred Ndidi in the box. Filip Mladenović gave the ‘Legionaries’ some brief hope, sticking in the rebound from Mahir Emreli’s saved penalty.

The hosts weren’t deterred with Legia Warsaw’s threat afterwards and it took a Wilfred Ndidi’s header from Madison’s corner in the thirty-third minute to take the game out of the visitors’ reach totally.

Meanwhile, not only did the win bring Leicester from bottom to top of the group, it has set up a decisive tie with Napoli in the group’s final fixture as both Napoli and Spartak Moscow are tie on seven points, one point adrift Group leaders, Leicester City.