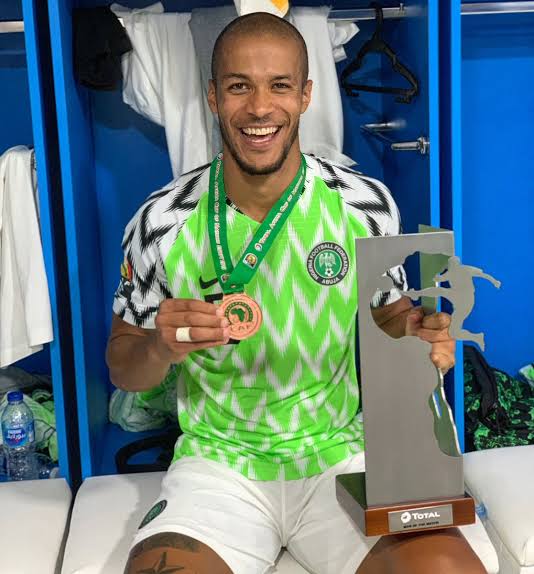 Super Eagles vice-captain and defender William Troost Ekong has hailed the fighting spirit of the team and described the win over Guinea Bissau as a fantastic victory despite the eight changes made to the team’s starting eleven by Coach Austin Eguavoen.

William Troost-Ekong made this known while speaking with newsmen during the presentation of the man of the match award to him shortly after the team’s 2-0 win against Guinea-Bissau on Wednesday night.

“First of all I’m very happy for the team, we said before the game that we wanted to do something special, we wanted to have three wins out of the three matches, and we’ve really made a statement from the tournament so far.”

“I’m really proud of the boys, I think everyone performed exceptionally well. It wasn’t easy because we made changes and the boys who came in showed that they deserve to play as well and that’s the biggest message from the game.”

The center-back scored who the Super Eagles second goal of the game in the 75th minute of the encounter to secure all maximum points for the Nigerian team has now featured in all of Nigeria’s three games in the competition.