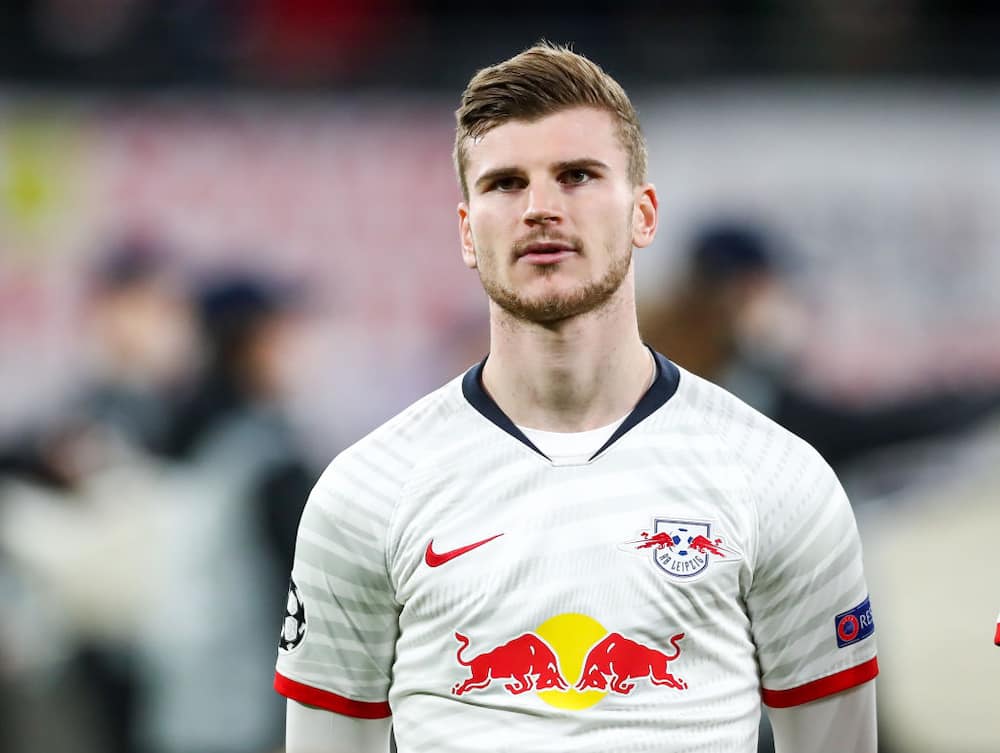 Timo Werner is a 25 years old German footballer born in Stuttgart to Sabina Werner and Gunther Schuh as an only child.

Timo plays for Germany as his national team and also for the English side Chelsea at club level.

Timo’s career has continuously improved over time, and he has steadily climbed the ladder of football to the level he is today.

His exploits with RB Leipzig attracted attention in the Premier League, and after a hot pursuit for his signature among top EPL giants, Chelsea F.C. was able to get his signature.

While Timo has won several titles with Chelsea, including the UEFA Champions League and Super Cup, his early childhood is just as fascinating, and this biography will be taking a look into his rise to fame.

Gunther Schuh and Sabine Werner are not legally married, so Timo Werner answers his mother’s surname.

The Schuh and the Werner family originates from Stuttgart, the capital of Baden-Wurttemberg Southwest state in Germany.

The city is nicknamed “cradle of the automobile” because Mercedes-Benz and Porsche have their headquarters there.

Gunther Schuh was a former amateur footballer who became a coach, and as such, he is the primary engineer behind Timo’s football career.

Guntur Schuh, Timo’s father, taught him how to endure by making him run severally up the mountain to help better his athleticism and staminal.

Timo, an obedient son to his father, Schuh, always wanted to impress him, and seeing the father as a coach also instilled some fear in him.

After running up the mountain, Timo usually asks his father Schuh how good his speed is.

As Timo continuously ran up the mountain, his speed improved greatly, and it is evident in his career today.

Gunther Schuh wanted Timo to become an attacker, so he trained him in that light.

At the beginning of his training and career, Timo didn’t envision growing up to become a German Superstar attacker and just felt he was going to be a decent player only.

However, his dad thought differently and continuously assured him that he would be a top player if he put up the work.

His dad enrolled him in TSV Steinhaldenfeld, the club he coached, and he used the opportunity to train Timo personally.

Their companionship made Timo enjoy a better training session than most of the kids’ footballers his age.

To encourage him, Gunther Schuh, his father, used monetary incentives to congratulate him whenever he did well in football or scored goals.

This made Timo very happy, and he was always ready to give his best to impress his father and receive more money.

At that time, Michael Bulling, the head of football in TSV Steinhaldenfeld, even spoke about how Timo’s father Gunther Schuh regretted his decision to give Timo money for each goal he scored as he wouldn’t stop scoring.

Timo’s father noticed that the media was getting interested in his son, and to prepare him better for the future, he took him up the mountain again to run for hours and had him practice football extensively.

He was made aware of VFB Stuttgart’s interest in having Timo play for them, and after much negotiation and consultation, his family agreed to join the club.

While at the club, Timo played well, and this increased his ranks in the youth team.

Though the team had other good players, Timo remained their most preferred player, drawing more media attention to the youngster.

Gunther Schuh continued to use monetary incentives to motivate his son while he was with VFB Stuttgart with a few adjustments to the rules.

He adjusted the rules by giving Timo money only when he scored with his left foot and head.

With time Timo was good at it and was getting more money from his father.

In no time, Timo was scoring goals for fun, and RB Leipzig got interested in him.

This got the former coach of Chelsea FC Frank Lampard’s attention, and in June 2020, he signed a five-year deal with Chelsea FC.

Timo has been in a long-term relationship with Julian Nagler, a fitness model.

The 25 years old model graduated from the University of Stuggart.

The couple has been seen on social media when they go on vacations during the holiday or take a stroll around the neighbourhood.

The couple is very much in love, and they are always seen together on red carpet events.

Timo Werner lives a private life and does not like to show off, and is mainly seen with his colleagues in team buses.

However, the striker has a few cars. His collections include a BMW, Audi A8, Mercedes, Audi Q7, Ferrari 488 Italy, and Benz C-class.

As Timo doesn’t show off much on social media, we don’t have much information about his house, but we are sure he has a house as he has taken some pictures inside the house.

Timo Werner’s rise to fame is undoubtedly fast, quick, and nothing short of a fairy-tale career, and he has only enjoyed more success in the form of endorsement deals.

Werner is one of the athletes with an ambassadorial deal with Adidas, which is why he uses the Adidas X.19.1 one-speed boots to play his football matches.

Timo Werner has enjoyed a financial rise in his career with his earnings steadily through the different clubs that he has played for.

He currently plays with Chelsea and earns a yearly salary of 14,144,000 million pounds. Cumulatively, Timo has a net worth of 25.7 million euros.

Apart from his salary, Werner is well known to enjoy great ratings as a top-class footballer.

He is highly rated and currently commands a market value of 55 million euros.