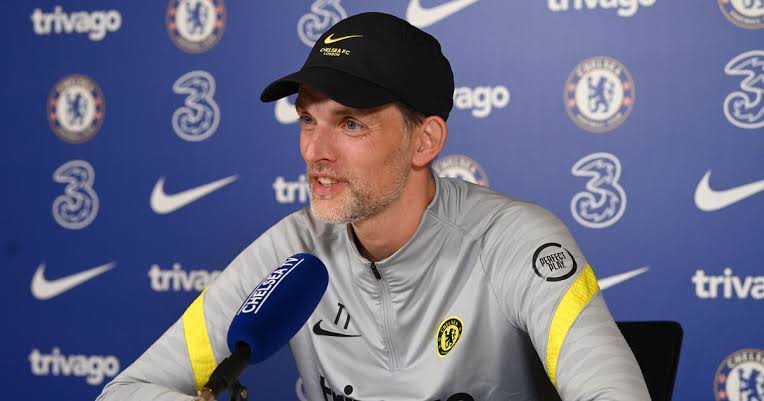 Chelsea manager Thomas Tuchel has admitted he is worried by the injuries suffered by England left back Ben Chilwell and France international N’golo Kante, during Chelsea’s 4-0 triumph over Juventus in the Champions League.

The London based outfit secured their place in the Champions League last 16 thanks to three Chelsea’s academy youngsters Chalobah, James, Callum Hudson-Odoi and Germany international Werner who secured three point for Chelsea.

Chilwell and Kante absence would serve as a huge blow to Thomas Tuchel ahead of  Sunday’s Premier League tie with Manchester United, having been forced off due to injury during either side of half time.

The French midfielder suffered what Tuchel described as a twisted knee in the first half, while Chilwell needed Chelsea’s physio to help him from the field having also picked up a knee injury in the second half.

The German tactician was unable to confirm the severity of their injuries, but says they will need to be examined more closely ahead of their Sunday’s match.

Thomas Tuchel during his post match press conference said: “It worries me because he was in such a fantastic moment, like James on the side.”

“They were in the best shape they could possibly be, so strong and so confident with such a lot of quality.”

“He was in a lot of pain, now he feels a bit better. He has an examination today to be precise. Hopefully we get away, fingers crossed, with not too bad news.”

“With Kante it’s a bit the same, he got stringer and stronger in the first half but twisted his knee a little bit. Hopefully it’s not too bad.”

With Chelsea through to the next round of the Champions League, their focus will now be on Sunday’s Premier League game against Manchester United who also picked three point away from home to Villarreal.