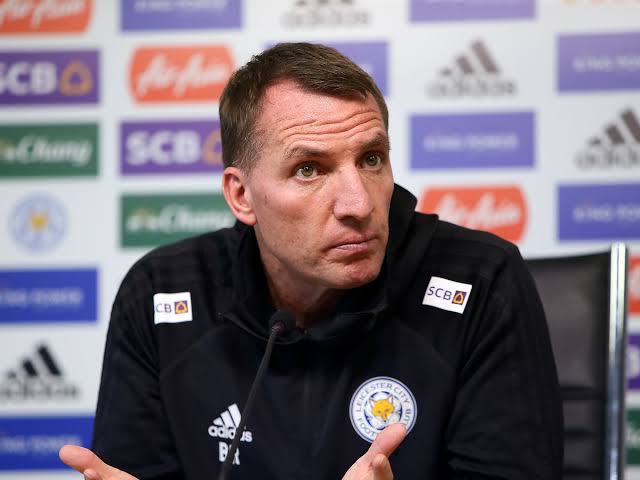 Leicester City’s boss Brenden Rodgers has admitted that this is the most challenging period of his managerial career, after his injury hit Foxes squad lost 6-3 at the Etihad stadium on Sunday.

Rodgers also admitted that he could not call on either Jamie Vardy or Wilfred Ndidi despite both been named on the bench, whilst he also lost Ryan Bertrand to injury in the warm up in the defeat at City.

In an interview with the media after the game Rodgers said: “The situation is the most challenging period he’s ever faced as a manager.”

“There’s no doubt this is a huge challenge. We’re not getting the violin out. You see what we’re missing. The players aren’t available.”

“Offensively we’re really good but if you’re missing the players we’re in a real challenge.”

“The results are obviously disappointing but you have to look at the situation of the team and the players we have missing. We’re not a deep enough squad, like a Manchester City, Liverpool or Chelsea, to be able to carry it out. But what I do expect is what I saw in the second half which was incredible spirit and quality when we had the opportunities.”

“It was a difficult start to the game for us, really disappointed with the penalty, really soft, so that was frustrating.”

“We came in at half time, the score line for me didn’t reflect the game. We had eight shots, they had nine, but we were 4-0 down. We were in a tough position, but we make a change, and then we challenge the players in the second half to win the second half, bring us closer to their goals, we have to show the mentality and character that is in this team.”

“We never unravelled, that could have been an easy thing to do, down 4-0 to the champions but the players didn’t do that. We played some incredible football, disappointing to concede from a set piece but we had two big chances at 5-3. Conceding two penalties and two from set piece is disappointing.”

Pogba Ruled Out Of 2021 AFCON With Injury